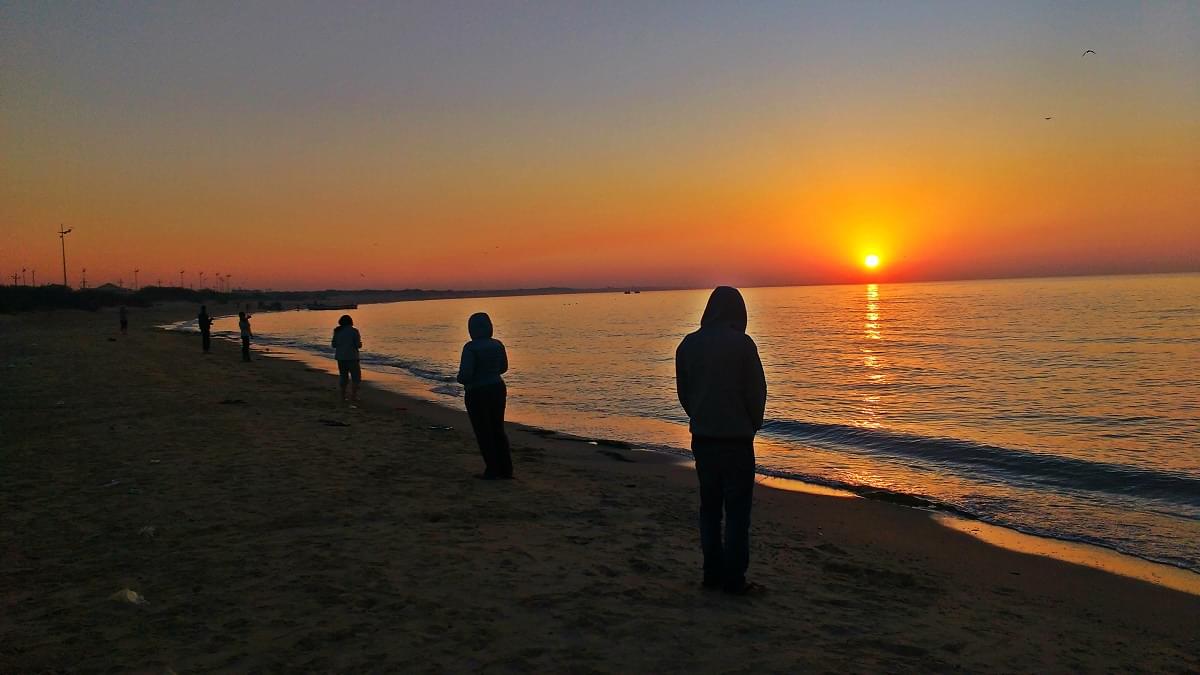 Gallery
Home explore from - to - Mandvi

Mandvi is a city and a municipality  in the Kutch district in the Indian state of  Gujarat. It was once a major port of the region and summer retreat for Maharao (king) of the Cutch State.

The city Mandvi was named after Sage Mandavya (Mahabharata story), who lived here. He was also known as AM BABA.

The old city was enclosed in the fort wall and remains of the fort wall can still be seen. The city has a four-hundred-year-old ship building industry, which was started by the caste of Kharvathat still builds small wooden ships.

Mandvi was founded by the Rao of kutch State,  Khengarji I in 1580.

Mandvi is a port city located at >2 .81°N 69.36°E where the Rukmavati River meets the Gulf of Kutch. It is about 56 km south of the regional capital, Bhuj. It is approximately 446 km from the major Gujarati megacity of Ahmedabad. Because Mandvi has no rail transport, the nearest public airport and train station is Bhuj.