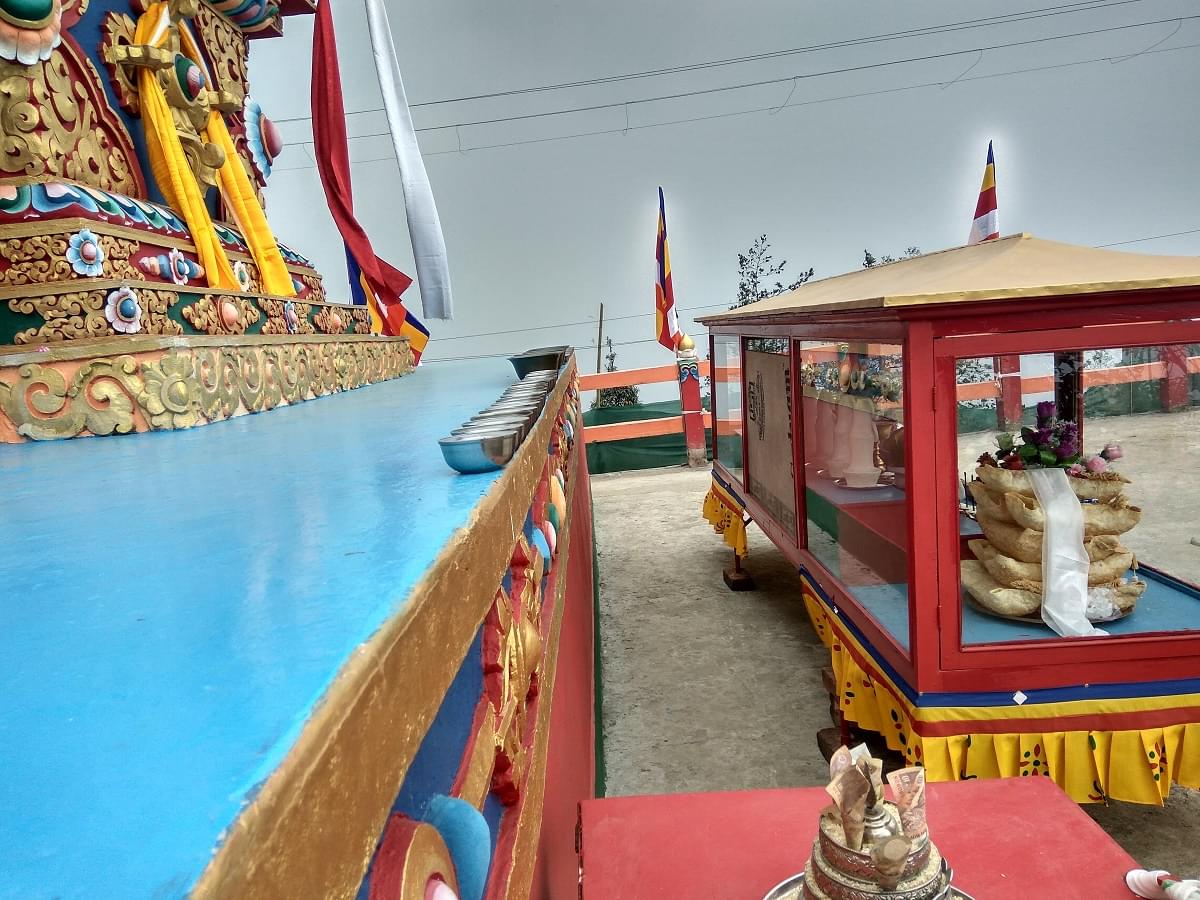 Gallery
Home explore from - to - Kalimpong

One of the most famous hill stations renowned for its panoramic valley views, Buddhist monasteries, churches & lot to offer to the tourists, situated to the 50 min east of Darjeeling. This hill station is on the foothills of Shivalik Ranges at an altitude of 1250 m.

According to the people of Kalimpong, this area was ruled by Bhutanese kings & was a forward post of the Bhutanese Army. There are many theories related to the origin of the name of Kalimpong, as some people say the name Kalimpong derived from ‘Kalon’ & ‘Pong’ which means ‘Kings Ministers’ & ‘Stockade’. Formerly Kalimpong was under Sikkimese rule. The area around Kalimpong lies under Eastern Himalayas.

Neora Valley National Park lies within this region & also the home of tigers. Acacia is one of the most commonly found at lower altitudes of Kalimpong. Seven species of rhododendrons are found in the east region of Kalimpong.

The adventure lovers can enjoy white water rafting on the river Teesta & Rangeet. The rafting route has carved out deep valleys & gorges in Sikkim. You can also enjoy hiking here as there are various hiking routes you would love. This gives you a chance to explore the forests & the mountain countryside. The walking trails are easy & very much enjoyable. Trek starts at Bagdogra & ends at Lepcha Valley Park here.

One of the major attractions of Kalimpong is Delo Hill which is created by the West Bengal Tourism Department. It is an 8-acre lush parkland which have several viewpoints with breathtaking views of Kanchenjunga, Durpin Hill & the valley with rivers flowing through them.

You can also visit the Catholic Church of Kalimpong which is considered as the largest church in Kalimpong. Tourists often visit the two most famous hamlets while visiting Kalimpong – Lava & Rishop.

Lava is a small hamlet at the east of Kalimpong which is also one of the few places in West Bengal to receive snow in winter. It is also the entry point of Neora Valley National Park which is the home of different varieties of animals & birds. Tourists can easily sight golden-headed black finch, blind snake & king cobra in their natural habitat here. This flora & fauna of this park makes it more special & happening. The verdant forests of Lava are a popular spot for trekking & birdwatching.

Rishop is also a hamlet in West Bengal which is famous for its picturesque views of snow-capped mountains. One of Rishop’s most unique features is that there is only empty space between this little hamlet & the Kanchenjunga Range standing on the horizon. By standing at Rishop tourists can enjoy some of Nathula’s part. This is also one of the most favorite routes for trekking lovers.

There are also many attractions like Loleygaon, Pedong Valley, Mongpong, Jhalong & many others at Kalimpong. There are many beautiful monasteries in Kalimpong which are worth to visit. The nearest airport to Kalimpong is Bagdogra.

There are direct flight connections with Delhi, Kolkata, Howrah and Guwahati. The two closest railway stations are Siliguri and New Jalpaiguri. The major access to Kalimpong by road is via Siliguri, which is connected to all the major cities.