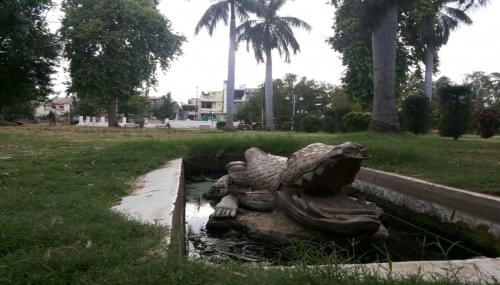 Gallery
Home explore from - to - Godhra

Godhra nbsp;is a Municipality  in Panchmahal  district in Indian  state  of Gujarat. It is the administrative headquarters of the Panchmahaldistrict Originally the name came from gou which means "cow" and dhara which has two meanings: one in Sanskrit  which means "hold" or "land" and the other in Hindi  which means quot;flow quot;: It means the Land of the Cow.People of Godhra are very festive. Godhra is very well known for its Garba-Festival.

Godhra means the land of cows. In mythological terms it can be called as land which is used for the grazing of cow. Cows used to come here from Pavagadh for grazing.

A bronze of Lord Rishabhanath of AD 975 found at Akota mentions Gohadra kula, i.e., the school of Jain monks at Gohadra.

Godhra is one of the religious places in the India which has four bethaks  (temples) for Vaishnav  Sampraday. There are two main seats of Lord Gokulnathji  and one each for Lord Gusaiji and Lord Mahaprabhuji. Godhra is the only city in India that has all three seats (or bhaitaks) of the Mahaprabhuji, Gusianji, and Gokulnathji.