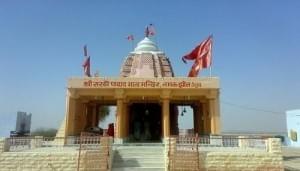 Gallery
Home explore from - to - Didwana

Didwana is a town in Nagaur, in Thar Desert. It is thought to be more than 5,000 years old. The name 'Didwana' is considered as stumbled name of 'Deen Deewana'. The land is known for the 'Deen Deewana' (Loopy for Islam). Later it converted into 'Deedwana' and 'Didwana'.

Nowadays Didwana is a well-known town of Nagaur/Rajasthan. Many people of Didwana and nearby places are well settled elsewhere in India and hold important positions or are famous industrialists.

One of the major tourist attration is Fort Mosque (Qila Mosque) built by Emperor Akbar in the memory of Sufi Saint. The city is famous for its Hindu traditional culture and philosophy and the Maths are a must-visit for all Hindu devotees once in lifetime.

Winters. October to March.One should avoid visiting this place during Summer.