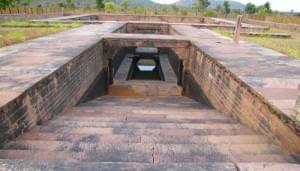 Gallery
Home explore from - to - Chanderi

Chanderi is located strategically on the borders of Malwa and Bundelkhand.

History of Chanderi goes back to the 11th century, when it was dominated by the trade routes of Central India and was proximate to the arterial route to the ancient ports of Gujarat as well as to Malwa, Mewar, Central India and the Deccan. Consequently, Chanderi became an important military outpost.