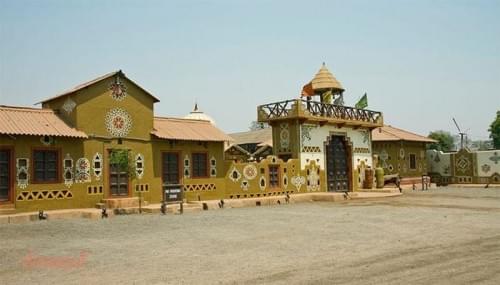 Gallery
Home explore from - to - Bhiwandi

Bhiwandi, typically referred to as “The Manchester of India” is a city in Thane district in Maharashtra. Bhiwandi is a commercial town and a city with a diverse culture.

Trade has been the major occupation of the people here since the 16th century. Bhiwandi has its own port on the Kamwadi river since then Waswood and spices were largely traded from this port. The laborers working in the trade settled there in different ‘mohallas’.

During the Mughals, this town was known as “Islamabad”. The textile industry changed the face of Bhiwandi later onwards. Till the early 20th century, the main occupation of the people was agriculture, fishing, and handloom; but with the introduction of electricity handlooms were replaced by power looms and thus the city became the hub of the textile industry in the 1930s.

Today, Bhiwandi has the 2nd largest power loom after Surat. Also, the ease of transportation has lured the industrialists from all over India to set their plants here. Bhiwandi is located on the Konkan coastal lowlands with hills and water streams in the Thane district in the west of Maharashtra.

It is 20 km north-east to Mumbai and 15 km to Thane. It is very well accessible by road and railways. The NH3 passes through the city making the city a major link between Mumbai and the rest of India. The roads are also very well connected to nearby cities.

The railway station of Bhiwandi connects the major local lines of Mumbai. The nearest airport is the Chh Shivaji Maharaj International airport at a distance of 45 km. Bhiwandi was earlier settled by the Kolis (traditional fishermen) and was referred to as the city of Kolis named Kolwan. But the demand for power loom grew so high that people from other parts of Maharashtra, UP, Bihar, etc started settling here for business or job purpose.

The place also houses some of Asia’s biggest godowns. Major companies like Amazon, Flipkart, Reliance, FedEx, etc have their warehouses here. Bhiwandi has become one of the biggest transportation and logistics hub of Maharashtra.

As the people from different cultural background has come in and settled here, all Indian festivals are celebrated with great pomp here. And everyone in the city participate in the celebration with great enthusiasm. The major festivals are Eid, Ganesh Chaturthi, Shivaji Maharaj Jayanti, Ambedkar Jayanti, Telugu Padmashali Samaj Sevak Utsavam, Navaratri, Dusherra and the list goes on. People here are also very much fond of sports. On an average 30 -40 tournaments are organized each year on the city level for different sports.

Other tourist attractions in Bhiwandi are Sangrila water park, Great escape waterpark, and Nana Nani park. Other than this, the Dhabas near Bhiwandi is famous for the delicious vegetarian as well as non-vegetarian food.