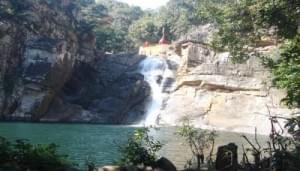 Gallery
Home explore from - to - Balasore

Balasore is a city in the state of Orissa, about 194 kilometers (121 mi) north of the State capital Bhubaneswar, in eastern India. It is best known for Chandipur beach. It is also the site of the Indian Ballistic Missile Defense Program's Integrated Test Range, located 18 km. south of Balasore. The Defense Research and Development Organization developed many different missiles such as Nag, Brahmos, Agni Missile among others here. This is where famous freedom fighter Jatindranath Mukherjee also known as Bagha Jatin got injured and died fighting the British. The most spoken language in Balasore is Odia. Balasore became the center for river pilot services for vessels seeking to ascend the Hooghli River. Balasore is the main town in the District of Balasore. The primary occupation of people in the district of Balasore is agriculture. Balasore district is mostly known for the cultivation of paddy, since rice is the staple cereal of the local people. The best time to visit the destination is from October to March.