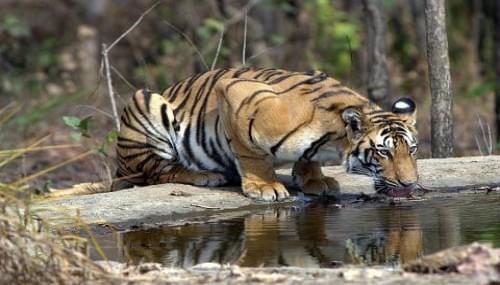 Gallery
Home explore from - to - Amravati

There are various stories of the origin of the name of Amravati. Amravati, in Sanskrit literally translates as “the abode of immortals”. The locals believe that the region got its name after the goddess Ambadevi (the ancient temple located in the heart of the city). The earliest mention of this temple is carved on the base of the statue of Lord Adinath, which is of the 13th century.

Amravati was an important part of the Mauryan dynasty. One more legend states that when Lord Krishna took Rukhamini from here wedding, he used a tunnel laid from Ambadevi temple to reach Koundinyapur. Amravati is also said to be a derivative of Udumbaravati (ancient name of this place). It was due to the presence of a large number of Audumber trees in this region.

This city grew rapidly at the end of the 18th century due to the growth of various industries. Amravati is located in the northeastern part of Maharashtra. It is approximately 156 km west of Nagpur. Amravati is the headquarter of the Amravati division of the state.

It is the 2nd most populous district of the Vidharbha region, after Nagpur. The city is located in the hills and pass regions in central India. Amravati has the Tapi and Purna river basin on the west and Wardha river to the east. The Purna river basin is a fertile land and is best for cotton produce. Amravati is a growing industrial center with a significant number of cotton textile mills supported by the thermal powerplant in Peth MIDC.

Many big players of the textile industry have their mills established on the outskirts of Amravati like- Raymonds, Siyaram, Finlay, etc.

Amravati has very hot and dry summers with mild winters and moderate rainfall in monsoon. Thus, the best time to visit Amaravati is from September to March.  Amravati is very famous for HVPM (Hanuman Vyayam Prasarak Mandal), a premier institute in India for physical training. The alumni of this institute are known to have participated in the Indian Independence movement. This region has it’s very own university known by the name of “Sant Gadge Baba Amravati University”.

Amravati has a good road, rail and air connectivity to the important hubs of Maharashtra.

Sambhar wadi, Geela wada, Tarri pohe, Patoli bhaaji, Rodge, etc are some of the popular dishes of the local cuisine. Amravati has a significant forest cover to its east housing a number of tiger reserve projects. Melghat Tiger reserve is a popular tourist destination, along with Wagdod, Pohora, Chirodi, and Semadoh. Wild boars, panthers, sloth bear, and sambar are other wild animals with plenty of population in this region.

Chikaldara wildlife sanctuary and hill station is mostly visited during winters and summers. There are two lakes in the eastern part of the city – Chhatri talav and Wadali talav. Maltekdi is a hill, that is located inside the city. Other attractions in Amravati include the Bamboo gardens and Malkhed dam.

Along with the famous Ambadevi and the Ekvira devi temple, there are some old temples not to be missed- Balkrishna temple, Someshwar temple, Laxmi Narayan temple, Murlidhar temple and the Jain shwetamber temple. An artistic mosque was also built by the Nizam of Hyderabad named as “Osmania Masjid”.