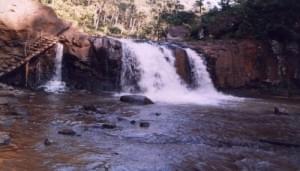 Gallery
Home explore from - to - Amarkantak

The history about Amarkantak reveals that during the Chendi dynasty hold the region followed by the kalchuris in the 10th century.The region in the earlier days was belived to be known as the Ayodhya, as mentioned in our vedas, puranas that there was a ashram for the saints of Kapil Muni and Rishi markand.

Stories from the various books suggests that the pandavas of the mahabharat epic had spent their years of exile here, region was later in the 15th century was handed over Baghelas and in 1808, the bhosle of nagpur ruled out the region. Finally in went in the hands of minister of state goverment.Amarkantak

Also called Tirthraj or "king of pilgrimages", the Amarkantak region is a unique natural heritage area and is the meeting point of the Vindhya and the Satpura Ranges, with the Maikal Hills being the fulcrum. This is where the Narmada River, the Son River and Johila River emerge.

The nearest railway stations are Anuppur and Pendra Road. The nearest airport is Dumna Jabalpur in city of Jabalpur Madhya Pradesh.

Amarkantak is a place of worship for all the three worlds of Hindu mythology - the heavens, the earth and the netherworld. Gods, gandharvas, asuras, saints and common people are all said to have achieved great spiritual powers here.