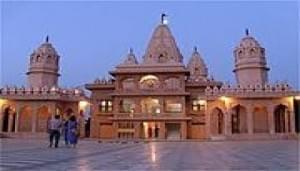 Gallery
Home explore from - to - Agroha

Agroha is a town in Haryana state of northern India. It is situated in Hisar District in between Hisar city and Fatehabad on NH 10.

Ancient structures, pot-shards, coins and seals have been found in archaeological excavations at the Agroha Mound. The Agarwal and Agrahi communities claim origin from Agroha. According to their legends, Agroha was the capital of their founder Agrasena.

The site of Agroha is traditionally believed to be the Capital of the legendry king Maharaja Agrasena of Agrawal community.