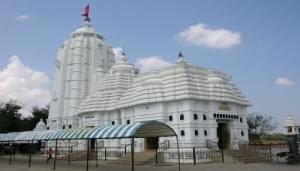 Gallery
Home explore from - to - Koraput

Koraput is a town and a Municipality in Koraput district in the Indian state of Orissa. The district of Koraput derives its name from its headquarters the present town of Koraput. In ancient times when the Nalas were ruling over this tract, Pushkari near modern Umarkot was the capital city. In the medieval period Nandapur developed as the capital under the Silavamsi kings and sometimes under the kings of the Solar dynasty. Some major rivers of Orissa pass through the district Koraput like Machhakunda, Vamsadhara and Kolab. This district is also bestowed with waterfalls like Duduma, Bagra and Khandahati. It also contains the largest mountain of Orissa, called Deomali along with Chandragiri Mountain. Koraput district is famous for the important places like Jeypur, Duduma, Bagra, Sunabeda MIG factory. The best time to visit the destination is from October to March.