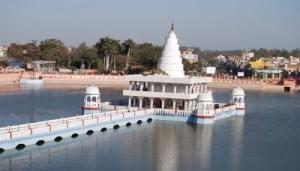 Gallery
Home explore from - to - Jind

Jind is the heart of Haryana and is also one of the oldest districts of Haryana. Rani Talab is the major tourist place Pandu-Pindara and Ramrai are the main devotional places attracting devotees for Amavasya bath.

Jind name came up from Jaintapuri. It is also said that this town had been founded at the time of the Mahabharata. According to an old saying, the Pandavas built the Jayanti Devi Temple in honour of Jainti Devi (the goddess of victory), offered prayers for success, and then launched the battle with the Kauravas. The town grew up around the temple and was named Jaintapuri (Abode of Jainti Devi) which later on came to be known as Jind.