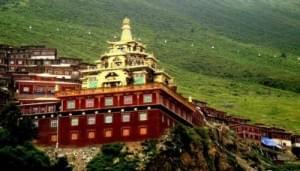 Gallery
Home explore from - to - Yuksom

Yuksom is a small village in Sikkim. It is said that it was the first capital of Sikkim. It is very calm and peaceful, a real get-away for those who want to avoid the tourist crowd.

Yuksom means “meeting place of the three learned monks”. According to the legend, three monks from Tibet selected Phuntsog Namgyalas the first King of Sikkim and gave him the title Chogyal, meaning “religious King” or “the king who rules with righteousness”. Yuksom is part of Demazon (valley of rice), the sacred landscape consisting of four religious sites which have been blessed by Guru Padmasambhava and which are considered to be the four plexuses of the human body, in which Yuksom represents the 'third eye'.

It is a very small village so getting around is on foot. Yuksom is the base camp for many treks in Sikkim.