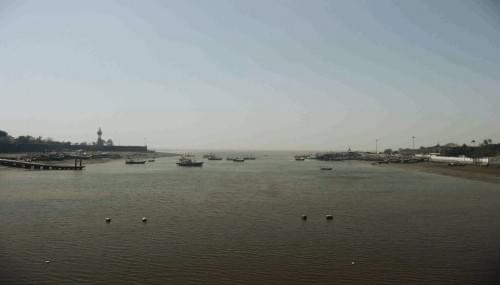 Gallery
Home explore from - to - Vapi

Vapi  pronunciation, is a city and municipality in Valsad District in the state of Gujarat. It is situated on the banks of the Damanganga River and is the largest city in the Valsad district and also the second largest city after Surat in South Gujarat.It can be called the most developed city in Gujarat followed byAhemdabad, Surat, Vadodara and Rajkot.

Around 28 km south of the district headquarters in the city of Valsad, it is surrounded by the Union Territories of Daman to the west and Dadra and Nagar Haveli to the east. Economic and industrial growth in recent decades has blurred the physical boundaries, and a small stretch of roughly 21 km of Daman-Vapi-Silvassa has almost become a single urban area.

The town originally belonged to the community of Desai (Anavil Bramhins), Jains and other tribal castes later migrated to the city. It is the largest industrial area in Asia in terms of small-scale industries, dominated by the chemical industry. It has been ranked 2 in the year 2008 among the most polluted places in the world, mainly due to its poor air and water quality caused by nearby industrial sites.

NH 8 bisects the city. The western part was the original location of the town, while the eastern part consists mainly of industry and newer residential areas. Mumbai is roughly 180 km to the south, and Surat is about 120  km to the north.

The Arabian Sea, at the delta of the Damanganga, is about 7 km to the west. The city has tropical weather and enjoys three distinct seasons: winter, summer and monsoon, with rainfall ranging from 100 inches to 120 inches per annum. The Dhobikhadi, Bhilkhadi, Kolak and Damanganga rivers flow through Vapi.