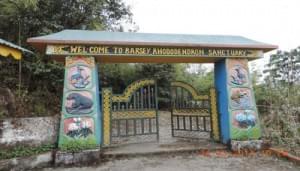 Gallery
Home explore from - to - Kaluk

Kaluk is the small village located in the Himalayan foothills of West Sikkim, near the West Sikkim capital of Gyalshing in North India. It is a tourist destination due to the natural beauty of the village and its surroundings, such as the town of Rinchenpong. Kanchenjunga, the world's third highest peak, is visible from Kaluk.

It is one of the windiest places in Sikkim and noted for destinations like the Durga Mandir, Rinchenpong Gumba and Megi Dara. The people of this area are dependent on agriculture and horticulture for their livelihood. Of late, tourism is playing a role in this region and many are now dependent on tourism.