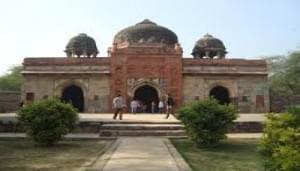 Gallery
Home explore from - to - Hisar

Situated very close to National Capital Region , is the headquarters of Hissar district. It attracts a lot of tourists and is one of the 21 districts of the state. Hissar is quite popular for its Steel industry, textile industry and automobile industry. It is widely known as "The City of Steel" because of the presence of large number of steel industries in the area.

The current name was given in 1354 AD, as Hisar-e-Firoza by Firuz Shah, the Sultan of Delhi.

Hissar was the most important planned center of Ibrahim Lodi’s kingdom when Babur attacked India in 1524–1526. During the British reign, the city was ruled by George Thomas in 1798. It continued up to 1801 when George Thomas was thrown out by the Sikh-Maratha-French confederacy.

Best time to visit the place is from October to march.