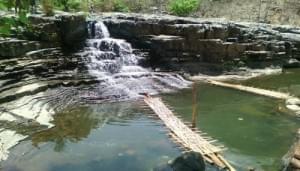 Gallery
Home explore from - to - Dharamgarh

Dharamgarh is one of the sub-divisional head quarters in the district of Kalahandi in India It is also referred as Dharamgarh. Orissa state Government has a plan to make this town as NAC area since past decade, but it has not been officially materialized. Dharamgarh is known as the granary of Kalahandi district. Dharamgarh became a sub-divisional head quarter in post-independence period when Kalahandi joined Orissa state. Dharamagrh sub-division is historically well known for rice production in the region. This region was known as PUEL PAHAR, which symbolizes production of more straw & paddy. In post Upper Indravati irrigation project it among the leading rice producing sub-division in Orissa. Kalahandi contributed largest number of rice mill, out of which majority of the rice mills are in Dharamgarh sub-division. The best time to visit the destination is from October to March.