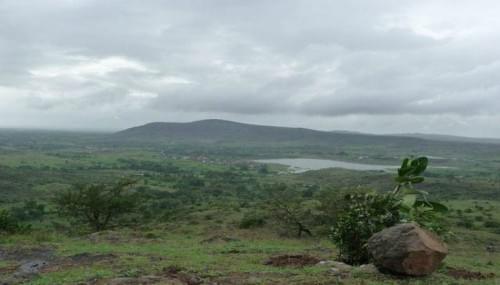 Gallery
Home explore from - to - Sangli

Sangli is the shortened form of “Sahagalli” – the city’s original name. In Marathi it means Six (Saha), lanes (Galli); it describes the early plan of the city. It is an important town in south Maharashtra.

A region near Sangli named Kundal (40 km) was the capital of the Chalukya Empire in 12th century AD. During the reign of Shivaji Maharaj, Sangli was under the Mughals. During the British rule, it was a princely state under the rule of the Patwardhan family. The district of Sangli was made in 1949.

Sangli is located in the south of Maharashtra on the banks of river Krishna. Along with this other rivers like Warana and Panchganga together offers irrigation and agricultural advantages to Sangli. The city is known as “Turmeric city” of Maharashtra for its production and trade of the spice.

Sangli also houses the largest number of sugar factories in India. Other major industries in Sangli are Agro-based, pharmaceuticals, rubber and chemicals. Sangli is well connected by road and railways.

Sangli lies on the rail route that connects the major cities like Mumbai, Pune, Hyderabad, Delhi, etc. The Bombay – Bangalore highway and Ratnagiri – Nagpur highway passes through Sangli. Sangli is around 390 km from Mumbai and 240 kms from Pune. The nearest airport to reach Sangli is the Kolhapur Airport.

The summers in Sangli are hot and dry, while the monsoon and winters are mild, making the months of July to January, the best time to visit Sangli. The popular local dishes are Misal, Bhadang, Bhel, etc.

The people of Sangli are rooted in culture and celebrate festivals with great pomp; the popular festivals are Diwali, Shibha yatra on Gudi padwa, Swami Smaratha Maharaj prakat din, etc.

The renowned temple in Sangli is the Ganapati mandir on the banks of river Krishna. Other religious places include Audumbar Mahadev temple, Khidkali Mahadev temple, Sangameshwar temple, Swami Samartha Maharaj math (the only place in India with a complete idol of the deity; other places only have the photo), Ramling temple, Dargah of Miraj and Bhubaneshwari Devi. Sangli fort and Rajwada are the historical monuments built during the Maratha rule.

One cannot miss hiking and trekking opportunities in the Dandoba hill forest reserve and Bahuballi hills. Krishna valley wine park and Reti bandar are other popular tourist attractions in the region.