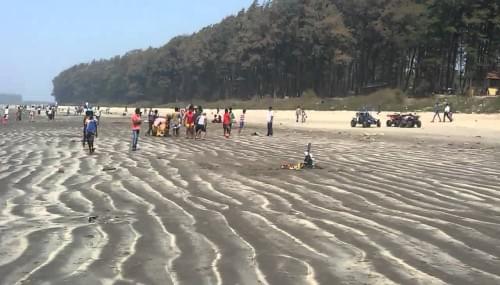 Gallery
Home explore from - to - Thane

Thane or Thana is a metropolitan city in Maharashtra; popularly known as the ‘City of Lakes’.

The word ‘Thane’ is derived from the Sanskrit word “stana” which means place. It has been variously romanized as Tana, Thana, Thane, etc. Ancient travelers like Ibn Batuta and Abulfeda knew it as Kukin Tana. The place has been in existence since the 13th century.

The inscriptions about this place has been found on the copper plates dating back to 1078 AD, which were discovered near the foundation of the Thane fort. The plates say that the land of Thane is a grant from Arikesara Devaraja, sovereign city of Tagara, and he addresses the inhabitants of the city as ‘Sri Sthanaka’. It is also said that the city has been originated from the time of Mahabharata.

It has seen many battles and wars since then. Later in 1774, the Britishers acquired this place. Thane was the first-ever terminus for passenger trains in Asia.

Thane is located on the northwestern side of the state of Maharashtra. It is situated on the northeastern portion of the Salsette Island. Thane is very well connected by railway and roadways. Thane railway station is one of the busiest railway stations in India. It is very well connected with the neighboring suburbs through Central, Trans – harbour, and suburban railway network.

The city is an immediate neighbor to Mumbai and is a part of the Mumbai Metropolitan Region. The Ulhas river drains the city feeding the lakes. Thane is generally recognized for its mental hospital. The city is witnessing a gradual transition from being a manufacturing hub to an economy driven by service sectors.

The climate in Thane is very humid in summers. There is heavy rainfall in monsoon; whereas the winters are mild. Thane is comparatively cooler than Mumbai.

The best time to visit Thane is from October to January.

The Mamaledar missal joint is the most famous food joint in Thane. Marathi, Hindi and Konkani are the major languages spoken here.

Thane is called the “city of lakes” for housing around 33 lakes. Thane is also beckoned by the Sahyadris in the east and the beautiful creek along the coastline. Along with the 33 lakes, there are beautiful gardens, amusement parks, natural tourist attractions, forts, and temples around

Thane, making it a perfect weekend getaway for the people in Mumbai and surrounding areas.

The most popular place in Thane is Talao Pali (Masunda lake). It is a perfect spot for picnics and casual strolls and also servers various other tourist activities. The lake is also surrounded by many important places like Kopineshwar temple (built-in 1750 – the oldest temple in Thane), St. John the Baptist church, Mahadev Dhyan Mandir, and the Jambli market.

Other important religious places include Kalibari temple, Titwala mandir, and the mother of Victory church.

There are also a number of places in and around Thane for history lovers and adventure enthusiasts. Naneghat Hills is a beautiful and murky site for trekkers. Other places include Ghodbunder fort, Vasai fort (also known as fort Bassein/Bacaim), Gorakhgad, Mahuli fort, Sudhagad, etc.