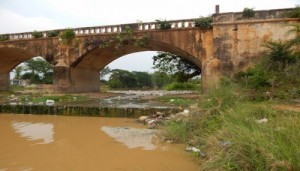 Gallery
Home explore from - to - Parlakhemundi

Parlakhemundi is an ancient town and a municipality in Gajapati district in the Indian state of Orissa. Majority of the people in the town speak Odia. However a sizable population also speaks in Telugu. The town and the District share its boundaries with Andhra Pradesh. Pathapatnam town in the Srikakulam District of Andhra Pradesh is considered as twin town to Paralakhemundi due to its close proximity. Both towns are separated by the Mahendra Tanaya River. 16th April is declared as a holiday to mark the birth date of Sri Siva Sankar. Paralakhemundi is an ancient Zamindari lying in the western corner of the southern portion of the Ganjam district, and it is bounded in the west by the district of Visakhapatnam and on the north by the Jeypore state and the eastern Ghats which are called Maliyas or tribal agencies. The town of Paralakhemundi is: "a straggling town in plan much like the letter ‘L’ scattered around the foot of the well wooded hill which is the distinctive feature of the place. The best time to visit the destination is from October to March.