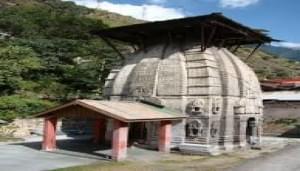 Gallery
Home explore from - to - Manikaran

Manikaran is a small town situated some 45 km from Kullu in Himachal Pradesh. Towards the northern side of Manikaran, there is the Harinder Mountain and on the south is the Parvati River. The place is very important and holy for both Sikhs and Hindus due to the gurudwaras and temples that dot Manikaran.

Manikaran or ‘Jewel of the Ear’ is often associated to Lord Shiva and Goddess Parvati and according to an epic story, a precious jewel of Goddess Parvati got swept away in the waters and Lord Shiva asked his attendants to find the jewel. When the jewel could not be found, that enraged Lord Shiva and his third eye opened that resulted in earthly turmoil in the waters, from where many precious stones came out. It is from this story that the place got its name.