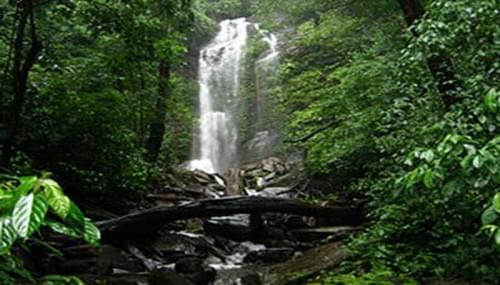 Gallery
Home explore from - to - Kollur

Situated about 37 km from Kundapur Town and 133 km from Mangalore, Kollur is a small village located in the state of Karnataka. Kollur is famous for the Mookambika Temple, a Hindu pilgrimage centre, and is also easily accessible from Tamil Nadu. The destination majorly attracts the worshippers of Shakti which is rich in Puranic Lore.

Kollur is steeped in mythology. According to legend, Maharishi Kolan, enchanted with nature’s beauty, decided to perform penance on the rock called Agnitheertham.

Lord Shiva was delighted with Kolan’s dedication and granted his wish that a Swayambu Lingam would appear for daily worship.

Kollur is also amongst one of the seven most sacred coastal regions in India. The destination also attracts adventure lovers for rock climbing and trekking. Apart from the mythological importance, it is also known for having the oldest and the deepest gold mines in the country.