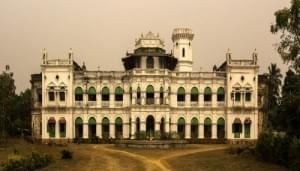 Gallery
Home explore from - to - Kendrapara

Kendrapara is a town and a municipality in Kendrapara district in the Indian state of Orissa. It is the headquarters of Kendrapara district. The river Luna (a branch of Mahanadi) is flowing out side of Kendrapara district. The other rivers of Kendrapara are Karandia, Gobari, Brahamani, Birupa, Kani, Baitarani, Kharasrota, Paika, Chitrotpala & Hansua . This district has 9 blocks named as Aul, Derabish, Garadpur, Mahakalapada, Marshaghai, Kendrapara, Rajanagar,Rajkanika, Pattamundai. Kendrapara is 58 km from Cuttack. To reach Kendrapara one can go via Cuttack(Jagatpur)-Salipur state high way or on the National Highway No.5 and 5 A, crossing at Chandikhol Via Chhata towards Paradip. Kendrapara is just two and half hour drive from Bhubaneswar Airport on the National Highway 5 and 5 A. The Nearest Railway station is at Cuttack which is 54 kilometer from Kendrapara town.chhoti is 11 kilometer from Kendrapara town. Most of the people here are farmers and some do business and some do fishing in the river and the Bay of Bengal. Growing prawn near sea shore is a profitable business. Many small-scale industries are coming up so people are now getting more opportunity there. The best time to visit the destination is from October to March.