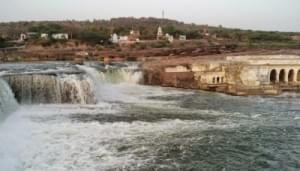 Gallery
Home explore from - to - Datia

Datia had formerly been a state in the bundelkhand region.The ruling family were Rajputs of the Bundela clan; they descended from a younger son of a former raja of Orchha. The state was administered as part of the Bundelkhand agency of Central India. It lay in the extreme north-west of Bundelkhand, near Gwalior, and was surrounded on all sides by other princely states of Central India, except on the east where it bordered upon the United Provinces. It was second highest in the rank of all the Bundela states after Orchha, with a 15-gun salute, and its Maharajas bore the hereditary title of Second of the Princes of Bundelkhand.

The state suffered from famine in 1896-97, and again to a lesser extent in 1899-1900. After India's independence in 1947, the Maharaja of Datia acceded unto the dominion of India; it later merged with the union of India.

Datia, together with the rest of the Bundelkhand agency, became part of the new state of Vindhya Pradesh in 1950. In 1956, Vindhya Pradesh state was merged with certain other areas to form the state of Madhya Pradesh within the Union of India.Datia is the District headquarter of the Datia District. It is an ancient town, mentioned in the Mahabharata as Daityavakra.