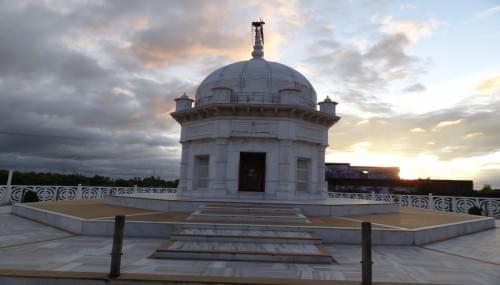 Gallery
Home explore from - to - Pawapuri

Pawapuri is a sacred place for the Jains because Lord Mahavir was cremated here in 500 BC. It is situated in Nalanda district in the state of Bihar. It is about 38 km from Rajgir and about 101 km from Patna, the capital city of Bihar.

Pawapuri was one of the twin capitals of Mall Mahajanpad about 2600 year ago. Later it was included in the Magadha Kingdom and was known as Madyama Pawa or Apawapuri. When Lord Mahavir lived at this place, it was under the rule of Ajatshatru, King of Magadh, who was also a great disciple of Lord Mahavira and Hastipal was the King of Pawapuri. While in Pawapuri, Lord Mahavira resided in the Rajikshala of King Hastipal.

Pawapuri is also known as Apapuri, which means the ‘sinless town’, because Lord Mahavir was cremated here. After the cremation, there was a huge rush to gather the ashes. So much soil was removed from around the funeral pyre that a pond was formed. This pond was developed into a lotus pond and a marble temple, known as Jalmandir, was built in the centre of the pond.

There is another Jain temple in this place which is known as ‘Samosharan’. Samosharan temple is circular in shape and is made of white marbles. The shrine on the top of the temple is dome shaped and has the footprints of Lord Mahavir on it. This was the place where the lord gave his last preaching.