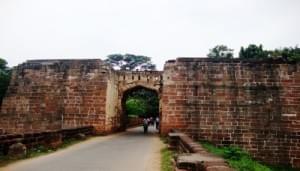 Gallery
Home explore from - to - Cuttack

Cuttack is the former capital and the second largest city in the eastern Indian state of Orissa. It is also the headquarters of the Cuttack district. The name of the city is an anglicized form of Katak which literally means the Fort, a reference to the ancient Barabati Fort around which the city initially developed. Cuttack is also known as the Millennium City as well as the Silver City due to its history of 1000 years and famous silver filigree works. It is also considered as the judicial capital of Orissa as the Orissa High Court] is located here. It is also the commercial capital of Orissa which hosts a large number of trading and business houses in and around the city. The old and the most important part of the city is centred on a spit of land between the Kathajodi River and the Mahanadi River, bounded on the southeast by Old Jagannath Road. The name Cuttack is derived from Sanskrit meaning military establishment or a cantonment. The city was known as Bidanasi Katak (meaning Bidanasi Military Base) during the days when Barabati Fort was in existence. Bidanasi is now one of the localities of the city. Cuttack is widely known as the commercial capital of Orissa. It is believed to have the largest GDP among all cities in Orissa due to its large business houses and wide range of industries ranging from ferrous alloys, steel and logistics to agriculture and traditional industries like textiles and handicrafts. There are many trading houses in the city renowned nationally and internationally. The best time to visit the destination is from October to March.