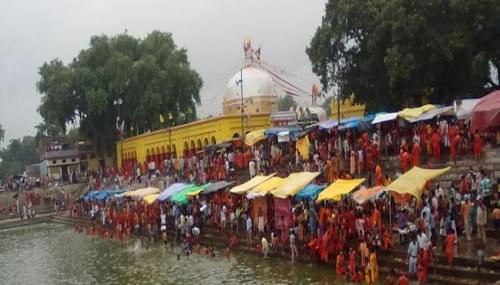 Gallery
Home explore from - to - Buxar

Buxar, a city of Bihar, is one of the most important areas of Buxar district. The name Buxar is said to be derived from VyaghraSar, which has its roots in mythology. According to popular folklore, sage Rishi Durvasha cursed Rishi Vedshira to a tiger face. Rishi Vedshira’s face was restored after he bathed in a holy tank. This holy tank was named VyaghraSar.


The city of Buxar lies to the south of River Ganges and shares its border with the state of Uttar Pradesh. It is spread across an area of 1, 62,380 hectares.

Buxar was established in 1991, but the history of the region goes back a long time. The city saw two major battles in its history, with the Battle of Buxar being the more famous one. The first battle was fought between Sher Shah Suri and Humayun in AD 1539. It was won by Sher Shah Suri.

The city has its share of mythology too. According to Indian scriptures, Buxar was the seat of gods and saints and was often the battleground for wars between gods and demons. It is believed that the city of Buxar goes back to the period even before Ramayana.