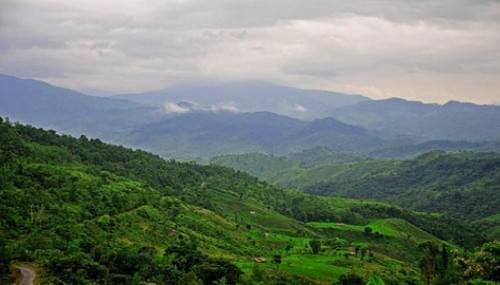 Gallery
Home explore from - to - Tuensang

This erstwhile NEFA comprised the present day districts of Tuensang, Longleng, Kiphire and Mon. These four districts combined together are also known as Eastern Nagaland. The main town of Tuensang is situated at an elevation of more than 1,371 metres above the main sea level. The Tuensang District was neither a part of Indian Territory nor of Myanmar till 1957.

It became a part of the Indian Territory in 1957, when Kohima and Mokokchung districts of Assam were merged with Tuensang. This merger led to the formation of Naga Hills Tuensang Area, which later became the state of Nagaland in 1963. The town of Tuensang is the main urban centre in Nagaland, which is at par with cities like Kohima, Dimapur and Mokokchung.

It is largely populated by tribes, namely Sangtam, Khiamninugan, Chang and Yimchunger.

Chingmei village is the main area which is dominated by the Naga tribe of Chang. These tribes are known for fishing and hunting animals for their livelihood. The local tribal cuisine in Chingmei and the beautiful view of Mount Saramati from the village are popular among tourists visiting Tuensang.