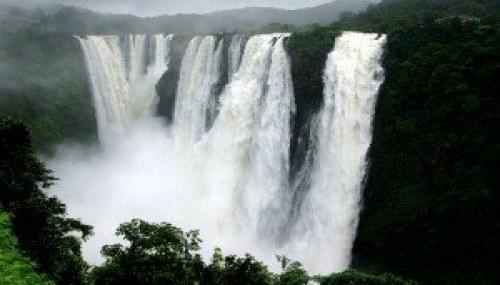 Gallery
Home explore from - to - Satara

The small town of Satara has derived its name from “Sat-Tara” (meaning seven stars), that represent the seven hills that surround the city.

Satara is a small city located in the southern part of Maharashtra in the Satara district along the Sahyadris.

The confluence of river Krishna and River Venna nearby gives this town a picturesque background.

The climate in Satara is pleasant due to the surrounding hills. The summers are not too hot and the winters are not too cold. The city receives plenty of rainfall making the town worth visiting in monsoon.

This city was established in the 16th century and was the seat of the king of Satara- Chhatrapati Shahu. Satara was the old capital of the Maratha empire in the 17th century, giving the town a significant number of historical monuments to visit.

The people here are deeply rooted to their culture and are highly influenced by Shivaji Maharaj. Due to this most of the youngsters in this town are military aspirants. The Apashinge village near Satara is also known as “Military Apashinge” as at least one member from each family serves the armed forces of the nation. The town also has a military school to teach their children discipline required in the army and to prepare them for the armed forces from a very young age.

The industries here are mostly agriculture-based. The nearby town of Karad is an important educational hub.

The town is very well connected from Pune and Mumbai making it a popular weekend destination. Satara is also popular for a food item called “Kandi Pedha”.

Along with the historical monuments, Satara also has a number of natural tourist places. There are two palaces located in the heart of the city by the name Juna Rajwada (Old Palace) and Nava Rajwada (New palace). The palaces are believed to be built over 300 years and 200 years respectively. The town has a unique statue of Chhatrapati Shivaji Maharaj standing near a canon at Powai Naka. Generally, the statue of Shivaji Maharaj has seen him riding the horse.

The town is surrounded by the famous forts named “Ajinkyatara” and “Sajjangad”. Other forts near the town include Vasota,  Pratapgad, Mahimagad, and the twin forts called as Chanda-Vandan.

These forts are also popular amongst the adventure enthusiasts. Camping is also a popular activity for the youngsters; popular camping sites are Kaas lake, banks of river Krishna, Wai village and the Vasota lake.

The famous step well known as “Baramotichi vihir” is located in Limb village, 16 km from Satara. The valley of flowers of Maharashtra - the Kaas plateau is located here. Kaas plateau is a natural UNESCO World Heritage Site visited in the months of September, October, and November to witness the blanket of beautiful flowers that blooms on the plateau.

The best time to visit Satara is from September to January.