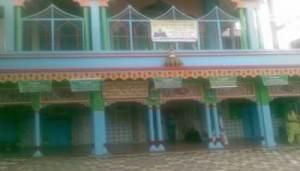 Gallery
Home explore from - to - Pilibhit

Pilibhit is the north-easternmost district of Bareilly divison, situated in the sub- HImalayan Plateau belt next to foothills of Sivalik Range, known for the origin of river Gomatii and one of the most forest-rich areas in North India.

According to the Imperial Gazetteer of India, Pilibhit was once known as Hafizabad, derived from the name of the great Rohella leader of the area Hafiz Rahmat Khan, but eventually it took its present name from a nearby village. Pilibhit was also known as Bansuri Nagari - the land of flutes, for making and exporting roughly 95 per cent of India's flutes.

'Old Pilibhit', whose existence has been traced to the mid-15th century. This village still exist on the bank of  river Ghagra.

Major part of Pilibhit District is covered by dense forest.