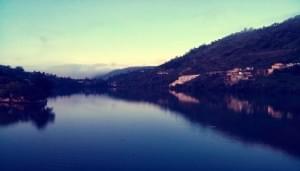 Gallery
Home explore from - to - Nainital

It is believed that the Naini Lake is one of the 64 Shakti Peeths, or religious sites where parts of the charred body of Sati (Parvati) fell on earth while being carried by Lord Shiva. The spot where Sati's eyes (or Nain) fell, came to be called Nain-tal or lake of the eye. The goddess Shakti is worshiped at the Naina Devi Temple on the north shore of the present day lake.

Nainital the ' Lake District of India' has been privileged with as many as 60 lakes.

Nainital was Jim Corbett's home for many years. Though Nainital had expanded and the surrounding forests that once teemed with bears, tigers and deer, the soul remains the same. Nestled in the serene and peaceful hamlet of beautiful lakes and mountains, watch the sun rise and set over the mountains of Nainital. Move across the ravines and valleys, and see localized weather patterns appear over the higher peaks as winds are driven upward.