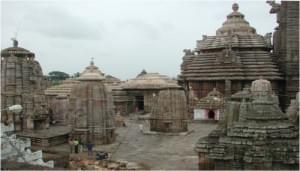 Gallery
Home explore from - to - Bhubaneswar

Bhubaneshwar is the capital of the Indian state of Orissa. It is the largest city in Orissa and is a centre of economic and religious importance in Eastern India.

Although the modern city of Bhubaneswar was formally established only in 1948, the history of the areas in and around the present-day city can be traced to 1st century BC. With many 8th-12th century CE Hindu temples, which span the entire spectrum of Kalinga architecture, Bhubaneswar is often referred to as a "Temple City of India".

With Puri and Konark it forms the Swarna Tribhuja ("Golden Triangle"), one of eastern India's most visited destinations. Along with Jamshedpur and Chandigarh, it was one of modern India's first planned cities.

Dhauli near Bhubaneswar is believed to be the site of the Kalinga War, in which the Mauryan emperor Ashoka invaded and annexed Kalinga. One of the most complete edicts of the Mauryan Emperor, Ashoka, dating from between, remains carved in rock 8 kilometers to the southwest of the modern city.