A road trip to Spiti Valley is no less than a boon for people who are craving peace of mind as well as travelers who want to experience the thrill that comes with off-roading on impassable roads and jagged terrains.

This road trip to Spiti valley from Manali is the perfect opportunity for people to have a closer look at the many distinct cultures the state of Himachal has to offer which is also why we believe that the best way to reach Spiti Valley is via Manali.

The word "Spiti" means "The Middle Land", and is itself the perfect depiction of the union between India and Tibet.

Also known as The land of the Lamas, the cold desert mountain valley of Spiti is nestled between India and Tibet with rich cultural history dating back to the 17th century.

With ancient monasteries, monks chanting the name of Buddha, nomadic sheep grazing in the fields and quaint villages, life in Spiti moves at a slow pace with tranquility filling the stillness that is omnipresent in the valley.

At the same time, the majestic grandeur of the great Himalayas, wicked trekking trails, slanted slopes and chilly breeze make it a land full of opportunities for adventure enthusiasts, to satiate their incessant need of exploring the unknown.

In this Spiti valley road trip starting from Manali, we start from the verdant terrains of Manali where we make a brief stop to recharge ourselves before we start the long journey that lies ahead of us.

There are two routes to reach Spiti, one is from Manali and the other is from Shimla. Most people prefer going on a road trip to Spiti valley from Manali as the route is shorter and also gives ample opportunity for adventure.

The roads are tough to drive upon especially when you’re headed towards Kunzum Pass, and the water crossings make conditions even tougher, but the journey becomes ten times better when you are traveling to Spiti valley from the Manali route, not to mention that even though the roads are extremely hostile, they are less susceptible to landslides, and the entire journey is less time consuming.

The Manali to Spiti route is also more accessible to people compared to others, public buses run from Manali to Kaza every morning and are also relatively cheaper. Since the Manali route is often the road frequently taken, there is also a sense of security that travelers feel whenever a vehicle passes them by.

Also, the best part of driving to Spiti from Manali is that you get to see the iconic Kunzum Pass which contributes to making your road trip to Spiti more memorable.

The distance from Manali to Spiti stretches to an expanse of about 200kms making it an ideal road trip where it ends neither too soon nor too late, with scenic views of clear blue skies and majestic mountains keeping you company.

Our first halt is the town of Kaza that serves as the binding force and connects different parts of the valley, making it the ideal base camp for trekkers, mountaineers or campers who are partaking in a Spiti Valley road trip.

Overlooked by lofty mountain ranges, Kaza is one of the coldest towns in the country and is known for its rich culture, festive celebrations and age-old monasteries. Kaza is also the commercial hub of Spiti valley and even spending a few moments in this beautiful town brings travelers immense peace.

In the treasure chest that is Spiti valley, there is an abundance of gems that one can find. One of them being the beautiful Pin Valley, a cold desert region popular for its wildlife reserve Pin valley National park. The reserve is surrounded by alpine forests and due to its slanted slopes and inaccessibility has managed to preserve many endangered species including the snow leopard.

Apart from the sanctuary, Pin valley holds Kungri monastery in its embrace. Built in 1330, Kungri is Spiti Valley’s second oldest monastery and is known for the sword dance performed by buzhens, which is a tantric cult known throughout the Buddhist regions of Himalayas.

Nestled at the base of Pin Parbati ranges and on the bank of Pin river, our next stop, Mud village is a hamlet that gives you a closer look at the slow paced life that people of Spiti live. From meditation caves, shelters and Buddhist nunneries, there are many unexplored spots in this village alone and it just shows how Spiti holds many wonders in its embrace.

We will also visit the Tabo Monastery to pay our reverence.. Founded in 996 C.E, the frescoes displayed on each and every wall of this monastery narrate the tales of the early Buddhist pantheon. Many unique and priceless collections of thangka paintings, ancient relics and murals are preserved in the monastery making it a national treasure.

Overlooking the confluence of Spiti and Pin river, sitting atop a huge spur is the Dhankar Monastery that consists of a cosmic Buddha statue known as Vairocana as well as many thangka paintings and a small museum.

Other places that you will get to see on this Spiti valley road trip include Hikkim, Komic and Langza. All of them offer a unique experience exclusive to their premise.

For example, Hikkim is the world's highest post office and is situated at an altitude of 14,400 ft. You can write a letter to people you cherish and the experience is quite like no other. You get to relive the old school nostalgia that was an integral part of communication before the digital age  while experiencing the unique feeling that comes with being that high.

Komic, nestled at an altitude of 15,500 ft is the highest village in the world connected by a high motorable road while Langza is known as the village of gods as well as for its abundance of fossils. However, what puts this village on the radar of tourists is the 1000 year old Buddha statue that overlooks the village as if with vigilance.

Kye Gompa, more popularly known as Kee Monastery is the training center for the Lamas who grow up to follow the path of Buddha. It is also the largest as well as the oldest monastery with relics and images of Buddha still preserved within the walls of the monastery. A trip to Spiti valley is incomplete without visiting the Kee monastery and it’s only when you have spent some peaceful moments there, will you realize why it's an integral part of this road trip to Spiti valley.

Traversing through the Chicham Bridge, which is Asia’s highest bridge at an altitude of 13,500ft and Kibber, one of the highest inhabited villages in Spiti Valley elevated at an altitude of 14,200 ft. above sea level, we will make our way towards Chandra taal. Also known as the Moon lake, Chandra taal is a crescent moon shaped lake overflowing with crystal clear blue water and serenity and is the perfect place to conclude this trip before starting our return journey.

Spiti valley provides one of the most phenomenal views that one could get, even when it’s not necessarily covered in a blanket of snow as the natural beauty of Spiti is unmatched and eternal. In the summertime, you get to witness Spiti through a different eye as people are indulging in farming.

You can always spot herds of Himalayan sheep grazing and the green landscape that is exclusive to spring time is also a visual treat for the eyes. Hence, the best time for a road trip to Spiti valley from Manali if you are not a snow fanatic is definitely from March to June.

In a nutshell, Spiti is a beautiful destination that is perfect for a road trip for thrill seekers and nature lovers alike. 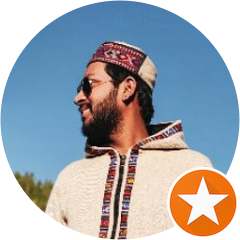 Ohk so as a travel blogger I have been on trips with various travel communities. The USP of JustWravel is their trips to offbeat destinations. You get a complete traveller like feel whenever going on a trip with them. All thanks to Rohan sir for his efforts and vision. Thanks to the team for curating such memorable trips! More power to you all... 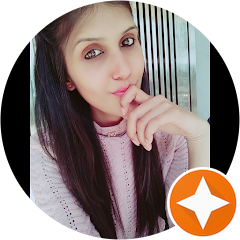 It was my first solo trip with Justwravel and I couldn't Have asked for anything more. They gave me everything beyond expectations. The food, the people, the travel everything was superb. Once I came back I felt like I left my home and family there. Looking forward to more exciting trips with them :) 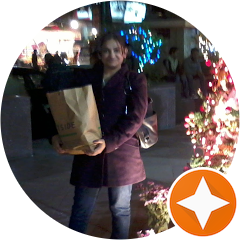 I had the pleasure of visiting spiti this time with justwravel accompanied by Mr.Nishant Bhardwaj from the company .It was a nearly organised,well crafted trip where even small things were taken good care of.They add a personal loving touch in addition to the services they provide.I would recommend this to everyone ,whether going on a solo trip like me or going with friends / family .

For a long time, life in Spiti had been all about herding cattle, chanting the name of Buddha, and silent valleys. In recent years, tourism in Spiti Valley has increased a lot. The reason for th ...

When it comes to the pristine Spiti Valley, a lot of people are still unaware of what this winter wonderland holds in its embrace. Although in recent years, the valley has managed to become a part of ...

It seems like the list of things that Spiti Valley has to offer is never-ending. With the picturesque landscapes, green meadows, ancient monasteries, and authentic local life - You name it, and Spiti ...

Going for a trip to Spiti Valley is an experience like no other. Spiti, with its desert mountain ranges, snow-covered valleys, and luscious green grasslands, continues to remain one of our country's ...