This 10 nights 11 days Legend Himachal Tour starts from Shimla. Shimla is also the capital city of Himachal Pradesh. Shimla formerly acted as the summer capital of British India. The colonial architecture, beautiful mountains and dense forests are some of the highlights of Shimla which makes it for a top tourist destination.

Shimla offers a varied variety of places to discover. Explore Himalayan Bird Park and take a look at various bird species such as peacocks, pheasants and Himalayan Monal to name a few. Visit The Ridge, which is the epicenter of all tourist locations in Shimla. It is connected with Mall Road, Scandal Point and also the Lakkar Bazar. The Ridge is also famous for the summer festival which is held every year. Admire the neo-gothic style architecture of Christ Church which has been in existence since 1857.

Kufri is a small hill station which is located around 20kms from Shimla. In Kufri you can take a horse ride to Mahasu Peak or hike there. You’ll be able to see Kedarnath and Badrinath mountains and also acres of Deodar trees. You can also indulge in some adventurous activities such as skiing at Kufri.

Next day will be spent at Solang Valley, which is also known as the “Adventure Capital of India” and rightly so because while you’re here you can indulge in some thrilling adventure activities such as paragliding, skiing, ATV riding and much more. The mountainous vistas add a surreal charm to the Solang Valley. The rest of the day can be spent in visiting some local touristic spots in Manali such as Manu Temple, Hadimba Temple, Jogini Falls, Manali Nature Park, Manali Club House and much more. Mcleodganj, which is famously known as “Little Lhasa (Tibet) of India” and is situated in the outskirts of Dharamshala. It is a small and beautiful hill station with a blend of Tibetan and Indian culture situated at a height of 2082 mts (6831 feet). The place is nestled amidst the mighty hills of Dhauladhars and is a great weekend getaway for people living in Chandigarh,New Delhi, Gurgaon, Ambala and other neighbouring cities.

Bhagsu waterfall is a surreal waterfall located in the Bhagsu village near Mcleodganj. It is dedicated to Lord Shiva. The view from the top of the Kangra Valley is something which is not to be missed. The Dalai Lama Temple and Tibetan Museum will let you get an insight about the Tibetan people, their life, culture, philosophy and much more.

Kalatop trek lies amidst the Kalatop Khajjiar wildlife sanctuary, which lies in the Chamba district of the Himachal Pradesh. The trek takes you amidst dense deodar forests and fir trees away from Dalhousie. There are also pine and coniferous trees and Himalayan vistas surrounding which makes it a really scenic trek.

The next day can be spent in exploring Khajjiar, which is also known as the “Mini Switzerland of India”, which has vast green plateaus and streams and lakes with cattles grazing the field. This is one the most famous hill stations of India, because of serene and calm surroundings. The day can be spent exploring the vast green vistas of Khajjiar, taking small hikes around the area and much more.

Panchpula waterfall is a major tourist attraction in Dalhousie where the locals also gather as it is a famous picnic spot as well. After spending some time here, you can go for local shopping in famous markets of Dalhousie which has many quaint eating and hangout spots. Some of the famous local dishes to try here are momos and thukpa. You can even go for souvenir shopping here as well.

Accommodation as mentioned above, inclusive of all taxes

One Complimentary Meal Breakfast on Day 2

A vehicle as per Itinerary (Dzire / Innova / Tempo Traveller) For Sightseeing

Volvo Tickets Delhi to Shimla and Dalousie to Delhi

Sightseeing as per Itinerary

Any extra excursions or sightseeing apart from the tour itinerary.

Any entry fees for the museum, park, Jeep safari or anything else.

Anything which is not included in the inclusion.

We shall not be responsible for any delays & alterations in the programme or expenses incurred – directly or indirectly – due to natural hazards, flight cancellations, weather, sickness, landslides, political closures (Strike, Hartal, Bandh) or any untoward incidents.

No cancellations will be taken over call or whatsapp msg. Please reply to the email of payment receipt that you have received at the time of booking.

Free Cancellation upto 60 days before the departure date. Land Package only, flights as per the operator's cancellation policy

No Show . No refund.

Incase of government orders, harsh weather conditions , protests , landslides or any other unforseen circumstances , we work out the best possible alternate plans or trips/treks. At times even even certain activities are cancelled , the organization provides the best alternate but no refunds are provided.

If a trek is called off at the last moment due to a natural calamity/unforeseen circumstances (like rain, snowfall, earthquake, landslides, strike, bandh etc.), JustWravel will issue a trek voucher for the full amount and if possible will provide an alternate trek. The voucher can be redeemed upto same amount for the same trek or another trek in the next 365 days from the trek departure date.

If a trek or trip cannot be completed due to natural calamity/unforeseen circumstances (like rain, snowfall, earthquake, landslides, strike, bandh etc.). No refund would be provided.

Any extra expense coming due to any natural calamity/unforeseen circumstances (like rain, snowfall, earthquake, landslides, strike, bandh etc.), Will be beared by customer. Company will not be liable.

Cancellations policy will differ during the peak season and popular places.

*Add extra thermal layers and sweater during the winter season

McLeodganj – The Capital City Of Serenity

Nestled on the mountain tops of Kangra district in Himachal Pradesh, Mcleodganj is the ultimate destination for travelers who want to experience a tete-a-tete with nature. It is also referred to as Lhasa by the local Tibetan populace. Mcleo ...

A family trip to Shimla

Thrill, pleasure, exploration, and peace. These words have the ability to drive one crazy. People travel in search of desired exposure. Travel can give you such experiences you have never encountered before. Travelers know what is it like t ...

What to eat in 24 Hrs in Mcleodganj : Food Trail

Tucked between the majestic Himalayas, Manali is that one destination that offers something to every type of traveller. The stunning natural beauty and warm hospitality of the locals, Manali is truly a paradise for all. Besides the enchanti ...

Adorning the Northwestern lap of the Majestic Himalayas rests this beautiful State of India; Himachal Pradesh also called the “Fruit bowl of India”. People from all across the globe love to visit Himachal Pradesh for it is incredible an ... 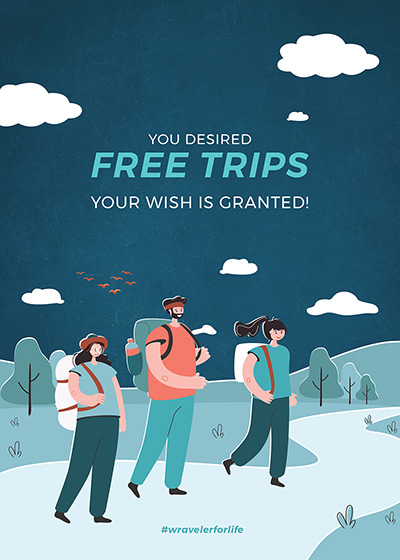