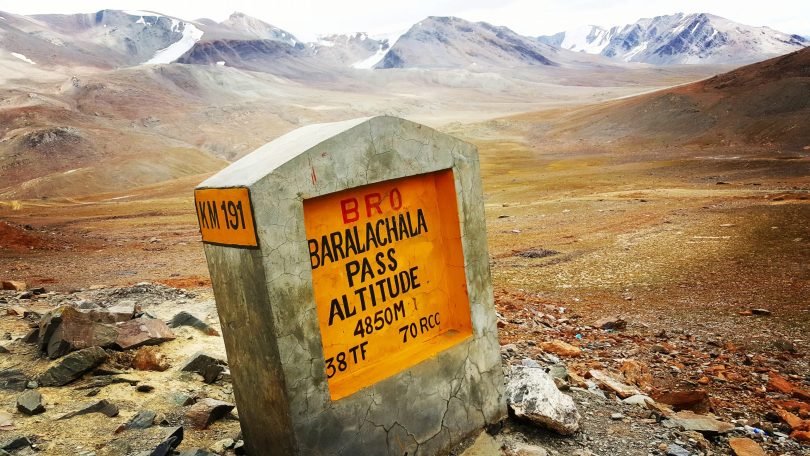 Ladakh is considered as one of the dream destinations for many Indians, and it needs no introduction.

Well, if you are not familiar with Ladakh, you might as well be living under a rock.

The description of Ladakh might bring a positivity to everyone and some happy memories to their mind.

But there is a scary local legend of Ladakh than this…

Want to know what? Just stick around and pick a safe corner to read the story through.

Attack of The Cannibal in Baralacha La.

For people who are familiar with the terrains and roads of Ladakh, they already know Ladakh is characterised by many high altitude passes.

One such pass is named the Baralacha La, which is 16,040ft high and lies in the Zanskar range. It is considered as one of the most dangerous high-altitude passes in the world and is covered in snow whenever you go.

According to local stories and legends, there was a functioning army post at the now known Shahid Sainik Bhawan. The events that conspired led to the name.

The story begins from a cold winter season many, many years ago. There were three soldiers posted at the top of the Baralacha Pass at Shaheed Sainik Bhawan. The months of January and February were really unforgiving as the weather was really bad. The snowfall was breaking all the records and was incessant.

The three soldiers that were posted at Baralacha La were stranded and were fighting for their lives for a solid 2 months.

There was no respite for them and there was no communication as the radio signals were down. The weather cleared for a bit in March and when the BRO(Border Roads Organisation) team went out to clear the roads and restock the food supplies, they saw something which shook their core…

They came face to face with a man who was apparently eating dead remains from a human body.

All the stationed soldiers were dead and their bodies were half eaten by that man. His eyes were wild and as soon as he saw the army men, he ran towards them with a knife to attack them…

But before he could do any damage, he was shot and was dead on the spot.

In order to recognise the identity of that deceased person, the army inquired about him in the nearby villages but no one was able to identify him.

The incident baffled many solely because of the reason that all the rations that remained were kept intact, and how a person could take down three trained army personnel all alone.

Was he just a normal human being, or was he possessed by something sinister and supernatural?

There was no talk of this incident down the few years…

But as it is said, that troubled spirits do not rest and manifest time and time again.

The soldiers patrolling the pass reported of hearing some strange whispers and growls, like something from a wild animal.

Cries of soldiers, a person running around with a knife were also reported to be seen by soldiers and many civilians. Many people stopped to look out but they could see no one out on the deserted roads.

No one knows the truth of how that man came and what was his motive for the attack. The soldiers lost their lives while on their duty and that is why the army outpost is now known as “Shahid Smarak Bhavan”.

Have you ever experienced something supernatural while on your trip to Ladakh? Do let us know in the comment section below.

For more information related to Ladakh and travel scenarios, trip updates and latest developments of other states and rest of India, you can join our Whatsapp group.