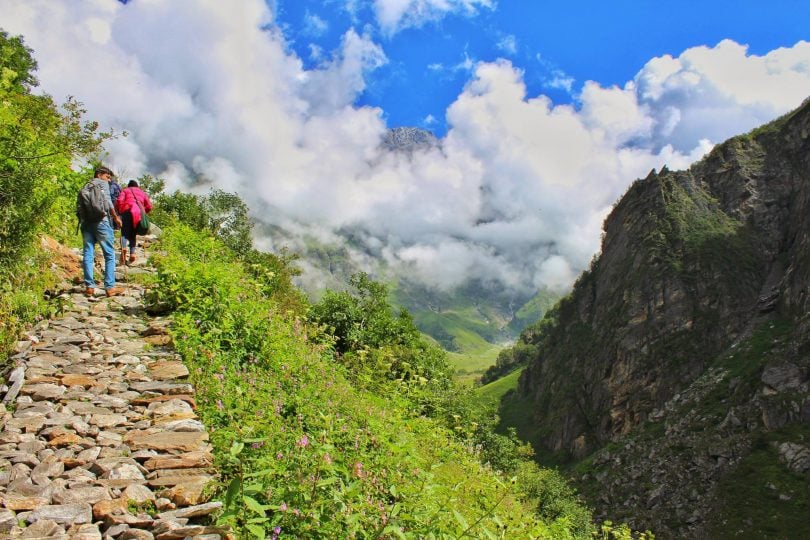 The Himalayas are the best place to escape the unbearable summer heat of plain areas like Delhi, Haryana, Rajasthan, and Uttar Pradesh. Blessed with nature’s bounty, the Himalayan states like Uttarakhand, Himachal, and Jammu & Kashmir are the paradise for every type of trekker. Are you an adventure enthusiast? Want some relief from summer heat? There are innumerable Himalayan treks just perfect during the Summer months.

These adventurous treks which are easy, moderate as well as difficult will give you an extraordinary experience and much-awaited adrenaline rush too.

“Take every chance you get in life because some things only happen once. So, let’s wander where the wifi is weak”

So, if you are amongst those travel enthusiasts who want to escape the mundane lifestyle of the city then head on to these Summer treks in the Himalayas listed below.

Surrounded by soaring high mountains, lies a heavenly abode of nature known as ‘Valley of Flowers’ in Uttarakhand. This fabulous travel and trekking destination was discovered by Mountaineer Frank S Smith in 1931. Valley of Flowers is decorated with exotic varieties of medicinal herbs and wild untamed flowers.

The pristine streams flowing down the valley is truly beautiful. Declared as UNESCO World Heritage Site, Valley of Flowers is a perfect option for summer trekking for backpackers, photography, and adventure lovers. 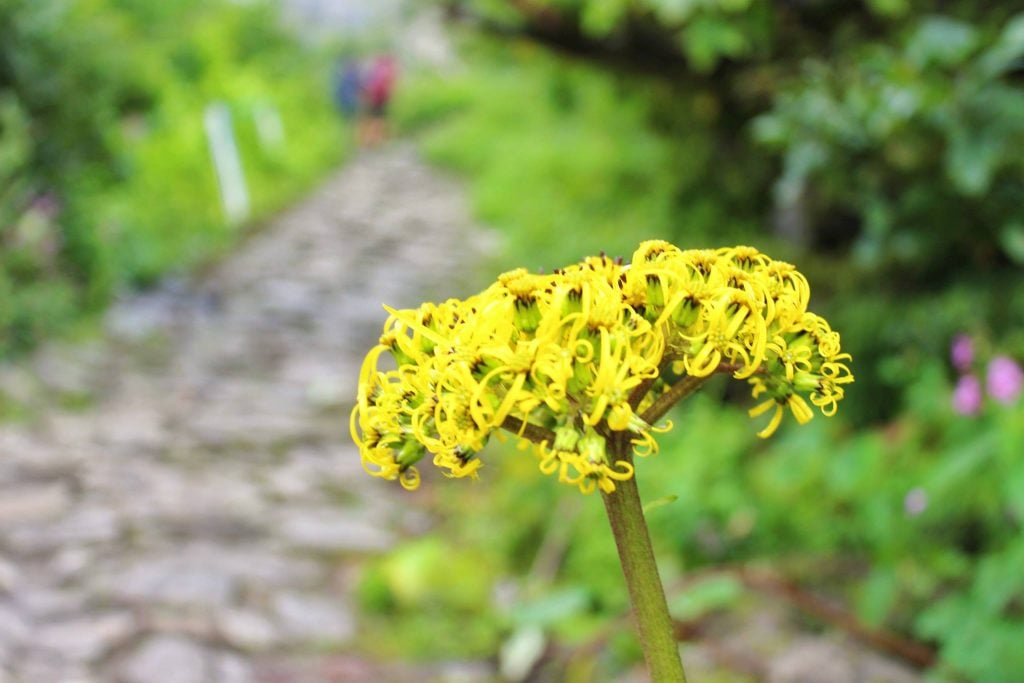 Located in Dharamsala, Kareri Lake is a high altitude freshwater lake in the Himalayas. Nestled in the foothills of majestic Dhauladhar range, this lake is also known as Kumarwah Lake. The lush pasturelands and meadows facilitate Gaddis and Gujjars to graze their goats and cattle.

Kareri Lake is a good place to camp at night away from the hubbub of urban madness under the blanket of zillion stars. This is one of the most beautiful treks in Dhauladhar Himalayas. Plan your weekend trek to Kareri Lake this summer season.

What about basking on lush green meadows, isn’t it sounds good? Well, this is possible at Dayara Bugyal. Starting from the pious town of Uttarkashi in Uttarakhand, trek to Dayara Bugyal is best suited during summers. The word ‘bugyal’ means meadow.

Dayara Bugyal is considered as one of the highest meadows in this world. The thrilling trekking route passes through dense forest offering stunning sights of Himalayan peaks. Enjoy the extraordinary beauty of almighty’s greatest gift called nature at Dayara Bugyal in Uttarakhand.

Listed amongst high altitude lakes in the Himalayas, Bhrigu Lake is considered very sacred by the locals of Kullu Valley. It is believed that Sage Bhrigu did meditation here and many Gods of Kullu Valley have dipped here. Thus, making the lake a holy site for devotees.

Trek to Bhrigu Lake begins from Gulaba and offers some stunning vistas. The changing landscape beauty of the trek cannot be described in words. Lush meadows, breathtaking views of Dhauladhar and Pir Panjal ranges, and complete tranquility.

During winters this region gets covered with a thick blanket of snow, therefore summer is the best time to visit Bhrigu Lake near Manali. 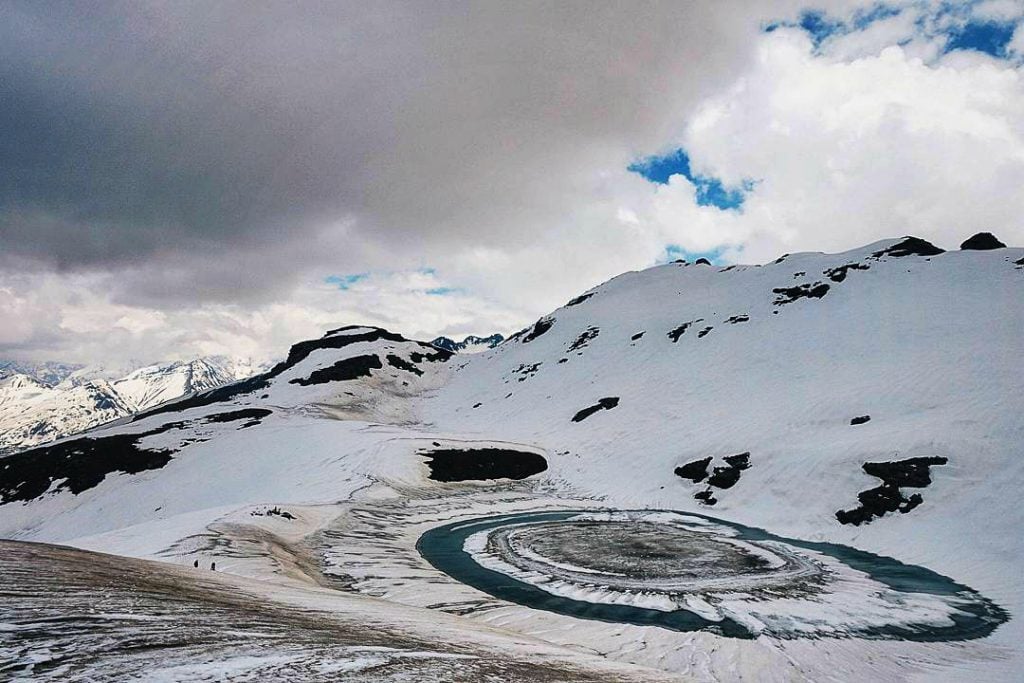 Kuari Pass trek is another beautiful Himalayan trek situated in Uttarakhand and just perfect for beginners. The trekking route passes thick forest cover and provides panoramic views of snow-peaked mountains such as Neelkanth and Nanda Devi to name a few.

The term ‘Kuari Pass’ means the doorway. Lies in Nanda Devi Biosphere, this scenic trek in the Himalayas can be done easily during the summer season to beat the heat. Trek to Kuari Pass was discovered by Lord Curzon in 1905 thus the trekking route is also known as Curzon Trail.

Located in Kullu, trek to Chandrakhani Pass is one of the most beautiful passes giving splendid views of snow-clad Deo Tibba peak, Pir Panjal, and Parvati range. While trekking you will across village areas of Himachal Pradesh. This will give you an amazing learning experience about the local Himachali culture.

Sit with the locals, interact with them, they have so many stories to tell. Chandrakhani Pass is truly a visual treat and a nice option for a summer escapade.

Considered as one of the easiest Himalayan treks in Himachal Pradesh, Hampta Pass is an unforgettable journey amidst the lap of nature. Summer season is the best time to visit this thrilling trek decorated with scenic landscape views, lush meadows, and pristine streams.

It is a 5-day trek but the experience you will get cannot be described. From here you can also enter into Spiti Valley (Chandratal Lake) and Lahaul Valley. 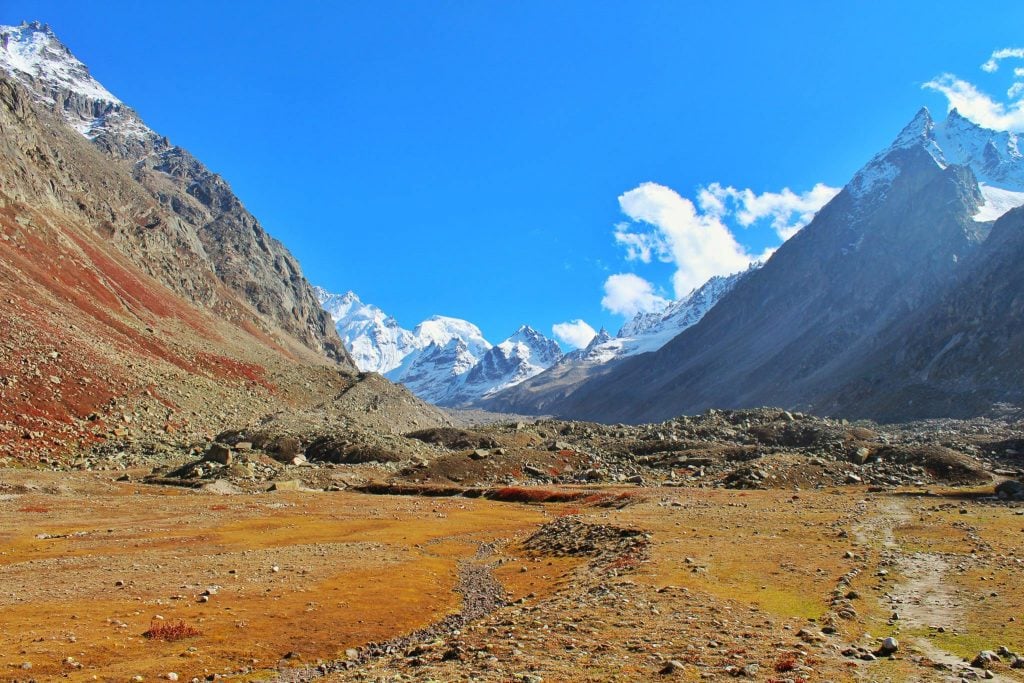 Trek with joy, feel the charisma of nature’s astounding beauty and relax amidst the soul-soothing environment. This summers, head out on your exploration of the mighty Himalayas in a new way!

Check out our upcoming trips crafted with love and experience.