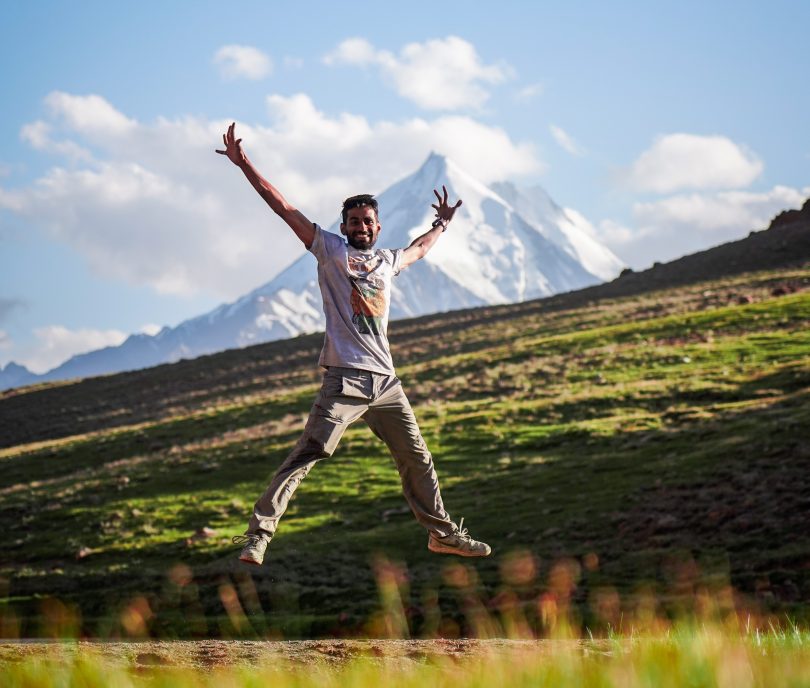 Spiti, Literally translating to “the middle land’, is unlike any other place in Himachal. Nature is in all its raw glory here. And, because of the unpredictable weather and harsh terrain, the valley is relatively unexplored. The mountains dusted with snow, scanty vegetations of the cold-desert land, and rivers flowing in tandem with the meandering roads are just the tip of the iceberg when it comes to what the valley has to offer. But people often wonder what the best time to visit Spiti Valley is.

Spiti Valley is renowned as a winter wonderland. A blanket of snow adorns the entire valley making it seem like paradise on earth.

On the other hand, Spiti Valley in summers is a dream in itself. It is during the summer season that you get to see the green tapestry spread on the land of Spiti Valley and the earthy hues that are a reminder of the barren lands disappear for a while.

To settle the debate of Spiti in Winters vs Spiti in Summers, let’s start by taking a look at what each of these seasons has to offer. Although it is a known fact that Spiti is best experienced when covered in ivory snow, the charm of this valley remains eternal even in summers. Let’s have a look at them seperately.

Unending meadows, peppered with patches of green, sparkling blue streams, and clear skies are all among the many tones of colour that the, ‘Spiti of summer’, puts on display. The valley is warm enough with pleasant temperatures ranging from 15 – 20ºC and is a scenic paradise.

The best time to visit Spiti Valley in the summers is from June to late September. The reason is that during the summer season, the whole valley is accessible as the snow has melted by then and flowers start blooming everywhere.

Suggested Read: Spiti Valley Travel Tips – Everything you need to know before visiting

A bike trip to Spiti valley is a dream for many and makes it the top of the bucket lists of many young and seasoned travelers alike. It is a feather-in-the-hat for thrill-seekers.

One of the most riveting experiences of the valley is to maneuver your bike on the spiraling roads of the barren landscapes, especially on the well-paved Shimla-Spiti route. The harsh weather, combined with the rugged terrains, gives an adrenaline rush like none other. Riders can also visit the famous ‘Kunzum Pass’, which also serves as the gateway to Spiti Valley. This gorgeous high-mountain pass falls en route from Lahaul to Kaza and is situated at an elevation of 15000 ft.

The pass is also one of India’s highest motorable road, making it a bit dangerous but worth the experience as it is a once-in-a-lifetime adventure that many people wait to embark on.

Additionally, this is only the beginning of what Spiti Valley has to offer.

Tso Chigma or Chandra Tal is a pristine lake, surrounded by alpine mountains and spring-like meadows. The lake is in the Lahaul part, of the Lahaul and Spiti district of Himachal Pradesh and is one of the most popular locations for treks in the summer season.

The lake, only accessible in summers, is a visual treat to the eyes. Translating to, the ‘Lake of the Moon’, it resembles the shape of a crescent moon and is one of the two high-altitude wetlands of India.

There are few experiences in life, that would come close to, what one may feel at Chandra Taal. One of them being, to camp under a thousand stars, while watching the moon being reflected in the still, shimmering waters of the lake.

More of Spiti in Summers

For travelers who love the mountains and the simple food served here synonymously, a visit to the very famous, ‘Chacha Chachi Dhaba’, is a must. Open only in the summer months, the Dhaba located in Batal is run by an elderly couple hailing from Manali.

Must Read: Best places to eat in Spiti Valley

India’s highest cold valley, the Pin Valley preserves the unique natural flora and fauna of Himachal Pradesh. The valley is named after the strikingly blue, Pin river flowing peacefully along the meadow stretches.

The quiet, unruffled valley acts as an interface between the Lahaul and Spiti and is home to many rare animal species. The very rare, snow leopard or ‘ghost cat’, can also be spotted here.

On the left banks of Pin river, lies the charming, old, Mudh Village, a cluster of 17 little small villages. This village houses, around 200 people in about 30 homes. The village is famous for being the base camp for, the trek to Pin Parvati Pass, and the trek to Bhabha Pass.

Mudh village is nestled at the base of Parvati Range, towering almost vertically above at a height of 1600 meters.

The color palette of Spiti Valley keeps changing. The winter season brings out a stark difference in visuals, from the summer months. Draped in white, the whole valley takes your breath away.

Spiti valley in winters is a sight to behold, and unless you’ve seen it for yourself, its magnificence of it seems unbelievable.

From Late October to Early March, the valley transforms into a white haven. The temperatures hover around 8 degrees during the day and may fall to as low as -30 degrees in the winter months. For people who love the colder months, this is the best time to visit Spiti Valley. However, accessibility will be poor.

Spiti valley in winter is desperately cold. The weather is extremely unpredictable, and the roads are laden with several feet of snow.

Although a lot of places in the valley are inaccessible during winters, for adventure enthusiasts, it is the perfect time to go on 4×4 expeditions, witnessing the rustic landscapes in white, and the skies in crystal blue.

However, do bear in mind, that owing to the extreme temperatures, and utter lack of facilities, this will be one of the most daring, challenging trips you will take. And one, that is sure to satiate your inner thrill-seeker once you’ve achieved this treat.

Sangam – The confluence of Spiti and Sutlej rivers

Located in the Sutlej river valley near the Indo-Tibet border is National Highway 5. It connects the tiny Himalayan hamlet Khab with the state capital Shimla.

“Khab Sangam”, is the confluence of the Spiti and Sutlej rivers. The Spiti river which originates from Mansarovar Lake in Tibet meets Sutlej here, and it is a sight to behold!

The confluence aka Sangam can be witnessed from over a bridge and the peak of Reo Purgil (6800 meters), is distinctly visible at a distance.

More of Spiti in Winters

Nestled in the picturesque Kinnaur valley, is the beautiful Chitkul Village. For those looking to escape the daily hassles of city-life, and seeking a peaceful retreat, here is the place to be. In winters, temperatures touch -20 degrees, with heavy snowfall, and the air turns bitterly cold. In the later months of the winter season, even villagers move to a lower elevation.

For travellers with an appetite for good food, Chitkul, flaunts, ‘Hindustan ka Aakhri Dhaba’. It is one of the last restaurants within the Indian boundary.

It is the most ethereal village of the stunning Baspa Valley in Kinnaur district of Himachal Pradesh.

For people aware of the Spiti circuit, the little hamlet of Kalpa would be familiar. Famous for its apple orchards and quiet life, the landscapes tug at the soul.

The small village is just a few kilometers away from Reckong-Peo, the last major town, before Spiti Valley. Often termed as the ‘crown jewel’, of Kinnaur, the village receives relatively less tourism, and is still unscathed by technology and the modern conundrums.

In addition to this, on the road connecting Kalpa to Roghi, around 3 km away, is the Suicide Point. The dangerous road leading up to it, and the deep, cliff mountain, have given it this name.

Also, in this little, sleepy town, all of which, can be covered on foot, is the very ancient, Hu-Bu-Lan-Kar Monastery. It is a pleasant retreat for history buffs. Founded by, Rinchensang-Po, the monastery provides a glimpse into the colorful culture of Kinnaur.

Lastly, do remember that the winter months in Spiti do require a lot of resolves, as the water gets frozen in pipelines, and there are scarce toilet facilities available.

Although, some home-stays provide the facility of boiled water as well, at a nominal charge.

Coming to a Conclusion

Inter-relatedly, there is no one side where the scales tip, when it comes to settling the Summer vs Winter Spiti debate. Summers in Spiti valley, display the varied colors of nature, the greens of the meadows, blues of the sky, and tiny rivulets flowing down the mountain landscapes. On the other hand, Winters put forward, an entire change in scenery, swept in white.

But, if you are one, head-strong individual, with the capacity to witness nature in all its diverse forms, then it is for you!

A trip to Spiti Valley is a once-in-a-lifetime adventure, no matter what the season is.