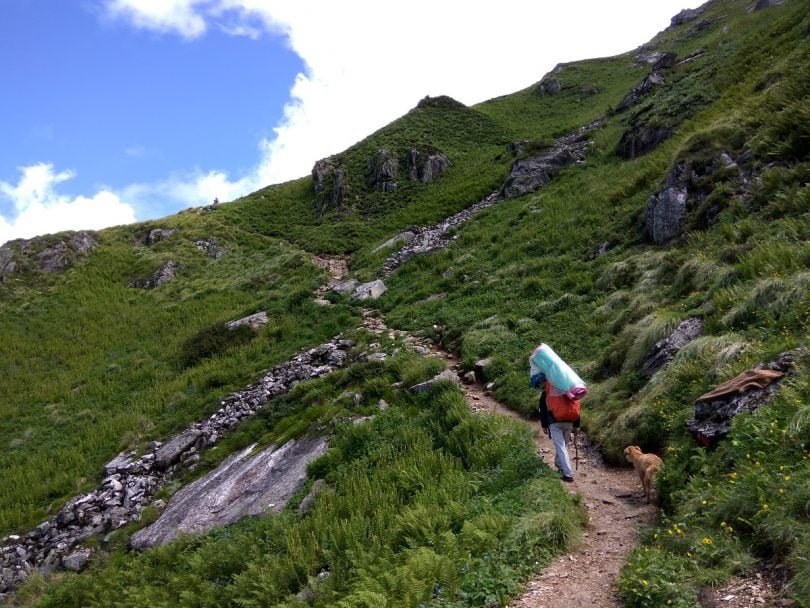 Summer Months of April May June gets really difficult for trekkers living in plain regions. As the temperature increases, treks during the Summer Months become the most looked forward to optioning. With semester breaks and multiple long weekends during these months acts as a must to thing during the summer months.

Trekking during summer months in the Himalayas acts as a best-planned escape from the city heat.  Summer months are also good for trekking. Most of the high altitude treks and several passes open during these months and remain unaccessible during the remaining months.

For trekkers who find it difficult to trek during the winter season because of the cold. Find summer treks really fascinating. With open green valleys, cascading waterfalls, clean meadows, rhododendron trees, Himalayan birds. Summer Treks fascinates a lot of trekkers.

The listing below  mentions a few Treks to do in Summer :

Most of the Treks in Kashmir open only in the summer season and might until August or September. When in Kashmir, the trail is not just about vacationing but the soothing journey, varied landscapes; that’s remembered the most by the trekkers. Kashmir Great Lakes Trek is not only one of the less commercialized trek but one whose tranquillity during summer months will leave you stunned.

This journey through the flourishing colorful trek is at its best in the months of June, July and  August. Beginning from the lush town of Srinagar this quest will take you through some of the most picturesque, most splendid collection of lakes and needless to say the wonders of nature.

This might sound like a new name in the industry. Kashmir Valley is diverse with its offering. No two valleys are the same. No two treks are the same. This trek will give you the adventure of your life and lead you to the enchanting twin lakes encompassed by Kolahi mountain peaks.

The trek gets less tiring and more peaceful when you find yourself amidst the blooming fauna as you walk your way to attain a height of 13000 ft. Tarsar Marsar Trek is also only accessible in the summer months.

Surrounded by the alpine vegetation and the sky touching snow clad peaks is the Garhwal region of the mighty Himalayas. Amidst all this is the Har ki Doon Valley and is famed as the best summer trek in the Himalayan region.

It is a trek that welcomes trekkers with any level of expertise and lures the with its unprecedented beauty. This 46 km trail is filled with orchids and rhododendrons and being in proximity to settlements makes it easier for replenishments on the way. Har Ki Doon Valley is also known as Valley of Gods and is one of the most sough after summer Trek.

A trek that comes with steep slopes and high altitude making it a true test of your expertise and an end to the hunt for seasoned trekkers. The route takes you through a myriad of topography from marshlands to forests to cold deserts and glaciers.

Perched at an altitude of 17500 ft. the trek is over 100 kms long and therefore requires quite a number of days to complete. Trekkers attempting this trek should be well versed with high altitude treks in order to enjoy its beauty to its fullest.

Hampta Pass Trek is a great summer trek and is also an easy Himalayan trek in Himachal Pradesh, Hampta Pass is an unforgettable journey amidst the lap of nature. Summer season is the best time go on this thrilling trek decorated with scenic landscape views, lush meadows and pristine streams.

Hampta Pass connects Kullu Valley to Lahaul valley , so basically you are trekking from one valley to another and the two valleys are connected by Hampta Pass, not many treks gives you this excitiment!  It is a 5 day trek but the experience you will get cannot be described.

On the final day you also get to visit Chandratal Lake , which is an add on for this treks and even Chandratal can only be visited during summer months.

Perched at a height of 12000 ft, the valley of flowers is one such trek that’s doesn’t impose any challenge for the novices and is also a preference for the seasoned trekkers looking for some comfortable delving into the beauty of the valley.

The major attraction of this valley, as the name suggests, is the vivid carpet of the colourful blooming flowers. And guess what, if time allows you can even visit the popular Sikh pilgrimage, Hemkund Sahib. Every second spent in the laps of this valley will have an utterly enchanting effect on your body and soul.

Valley of Flowers is definitely in everyone’s bucket list.

This one is not just a trek but a bird lover’s paradise. Perched at 16200 ft., the Goecha La mountain pass opens up a window to the third highest peak in the world namely Kanchenjunga. The high altitude and steep slopes make this a no easy trek for the faint-hearted. The days of summer when the surrounding bloom with a gamut of fauna and the meadows is the best time one is supposed to be doing the trek.

Friendship Peak is in the Pir Panjal range of Himachal . The trek is open during summers and an opportunity to scale up its height of 5289m. Now with such high altitude comes picturesque landscapes and lining the skyline are the Dhauladhars.

It is one of the challenging treks in the region. Recommended for trekkers who have done multiple high altitude treks before. For Trekkers who wish to summit the peaks. Beginning from the famous Solang Valley the trek leads you through alpine meadows and attractive orchards.

Now that you have a complete list to choose from depending on your strength, it’s time to tick them off. Get summer ready with your rucksack and choose from the many options for summer treks.