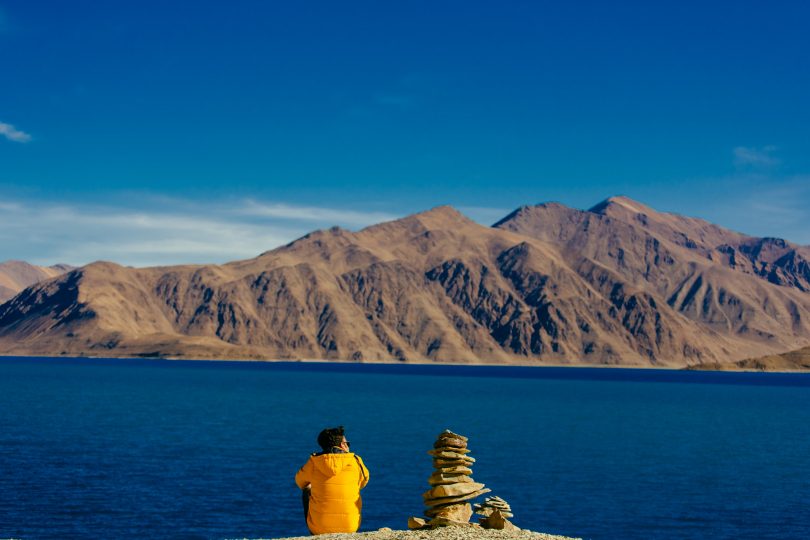 Visiting Ladakh in 2021 and don’t know these facts?

Hold up, and have a look at “21 Interesting Facts of Ladakh Before Visiting in 2021”.

Ladakh is situated at an average altitude of 11,000 fts and thus it is known as the “Land of High Passes”. Some of the most famous high-altitude passes of the world are located here such as Khardung La, Baralacha La, Zoji La, Lachulung La, , Namika La, Chang La amongst others.

So this is one of the many interesting facts of Ladakh before you visit in 2021.

Another interesting fact about Ladakh before you visit in 2021 is that it has one of the highest human settlements in the world. Talk about living the “High Life”.

India’s highest settlement is in Pensi-La at a whopping altitude of 4,400mts. Pensi-La also serves as a gateway to Zanskar.

So those who dream of living high in the mountains, this is surely a place to be!

Indian Astronomical Observatory at Hanle is located at an altitude of 4,500mts and is considered one of the best places for stargazing and milky way photography in India.

So if you love stargazing and milky way photography, now there is a reason to visit Ladakh in 2021.

Ladakh is one of the few places in the world where you can find Bactrian Camel or the double humped camel. They are quite different from the camels you see normally, let’s say in Rajasthan. They are the main attraction of Nubra Valley and you can go for camel rides when you are in Nubra Valley.

Ladakh has the prominence of Buddhist culture, so you can expect to see some beautiful monasteries in this cold desert region. Some notable monasteries to visit are Thiksey Monastery, Spituk Gompa and Diskit Gompa amongst others.

Safe to say, there will be no shortages of monasteries to visit when you visit Ladakh in 2021.

Another interesting fact of Ladakh before you visit in 2021 is that Ladakh has “Kung-Fu Nuns”!

Intrigued? We know that you are!

Women under the age of 25 practice Kung-Fu, in Drukpa nunnery of Ladakh. Though it is not a compulsion, these training helps them become more self-empowered. Once trained, these self-empowered women then encourage other females to participate in the art of Kung-Fu.

Highest Motorable road in the World

A trip to Ladakh is incomplete without crossing “Khardung La” which is one of the highest motorable roads in the world, at 5,359mts. A thrilling adventure awaits whenever you go to Ladakh!

An Inner Line Permit (ILP) is required to cross this pass. This pass is required for tourists visiting and not for the citizens of Ladakh.

You might be very well aware of the time and date pretty much everyday.

But the case is quite different for the people of Ladakh. You ask us why?

Well, the residents of Ladakh follow the Tibetian system of Calendar. According to the Tibetian Calendar, the year consists of 12 months each and there are 30 days. The third year has thirteen months, and that extra month which is added is considered auspicious.

The months are numbered and the days of the week are named after the sun, the moon and the five visible planets.

Did you know that apart from the road trips and bike trips that Ladakh is so famous for, it is also home to one of the world’s toughest treks?

Imagine walking on the surface of a frozen river. Sounds exciting right?

Yes, you can have this experience when you are on the Chadar Trek, which makes up for an experience of a lifetime.

Chadar Trek is one of the most interesting experiences to have in Ladakh when you visit in 2021.

What if each month had a festival? Wouldn’t that be something to look forward to?

We know we would have an absolute blast celebrating festivals, and we are quite sure you will do too.

Ladakh is well and truly the “Land of Festivals”, with two in each month, which is more than any other state in India. There is an important aspect of the Buddhist religious influence and Tibetian culture in these festivals.

The festivals are quite an interesting sight and draw in huge crowds with fancy attires, traditional dresses, masks and also through singing and dancing.

Some of the best festivals that you can be a part of are Ladakh Festival, Losar Festival, Hemis Tsechu.

How about some farming?

But what if we tell you, you can visit some farms in one the highest places of the world, sounds amazing right?

When at Korzok, you will get to witness one of the highest agricultural fields in the world, and what’s even more epic is that it sits right next to Tso Moriri River. So a farm with a stunning view of the lake, what’s more to ask for?

We all know that Indians are big, big fans of cricket and they consider it their religion.

Bur Ladakhis take their game to the next level. Don’t believe us? Well, in Ladakh there is one of the world’s highest ice hockey rinks which is all natural. During winters, the ice hockey rink is used when the temperatures drop to sub zero at Karzoo.

So before you visit Ladakh in 2021, this is one of the interesting facts that will surely broaden your perspective of Ladakh.

Highest Bailey Bridge in the World

Another fact of Ladakh before you visit in 2021 is that it has the highest bailey bridge in the world.

Constructed by the Indian army in 1982 between Dras River and Suru River, this 30 metres long bridge rests at 5,602mts above the sea level. This bridge is mostly used for tactical military purposes and is made of prefabricated parts and lattice steel.

A hill that pulls you upwards? No, it is just an illusion which makes you feel like you are being pulled upwards, but actually it is a down hill. The surrounding hills are carved in such a way that it creates an illusion of an uphill road.

You can experience this phenomena at Magnetic Hill near Srinagar-Leh highway.

The word Pangong Lake is derived from the Tibetian language which translates to “Grassland Lake”. There is a lot to explore and experience here at one of the world’s highest saltwater lakes, at an altitude of 4,350mts.

Most of the lake is located in China(70%) and the rest is in India(30%). This lake freezes over completely during the winters, so the best time would be to visit the lake in the summer season.

Don’t have the budget to go on a trip to the moon? No problem, Ladakh has you covered in this case as well.

The village of Lamayuru has the distinction of replicating the lunar surface of the moon and the color of the soil, rocks and the landscape views look straight from the moon.

So before you visit Ladakh in 2021, make sure to go to the Lamayuru village to experience “Moon on Earth”.

Indians love their tea, we are quite familiar with this. But did you know you can get Pink Tea when you are in Ladakh?

Actually the tea gets its pink color from a unique blend of salt butter and tea leaves. The origins of this tea dates back to thousands of years back when the monks started making this tea in order to protect themselves from the harsh winters.

One of the most interesting facts to know about Ladakh before visiting in 2021 is the haunted story of Baralacha La.

Many moons ago, there was an attack of a cannibal on an army outpost, which is now known as “Shahid Sainik Bhawan”.

Curious about the story? Read more about it by clicking here.

A great place for Bird watching!

If you are a true wildlife lover, you would be amazed to know that you can spot various types of birds.

Over 225 varieties of birds have been spotted here, which include both the migratory and resident birds.

So the next time you are in Ladakh, grab a pair of binoculars and camera gear to watch the birds fly in their natural habitat.

Home of a big cat

Not just birds, you will also get to see “Snow Leopard” if you are lucky. Although quite shy and rare to spot a snow leopard, the mere sight of them can make your experience of Ladakh quite amazing.

It would be quite difficult to spot them in summers as they move to the higher reaches of the mountains. So if you want to catch a glimpse of these big predators, head to Ladakh in winters and play the patient game.

Can you believe that at such a high altitude you would find a plain, flat road?

Yes, you would. To experience this, you would have to go to More Plains, which lies between Leh and Sarchu highway.

This experience is really unique as between the giant Himalayan mountains, you would be riding your vehicle.

So, what do you make of these 21 Interesting Facts of Ladakh Before Visiting in 2021?

Would you dare to ride out and explore Ladakh? Do let us know down in the comments below.

Planning for Ladakh? Check out our Ladakh Bike and Backpacking Trip!

Are you a female traveller and looking for a girl gang? Here’s our All Girls Trip to Leh Ladakh!

For more information related to Ladakh and other travel scenarios, trip updates and latest developments of other states and rest of India, you can join our Whatsapp group.